The emergence of novel technologies to support the agriculture industry marks a critical junction in the history of land cultivation. Eve Gleeson explores… 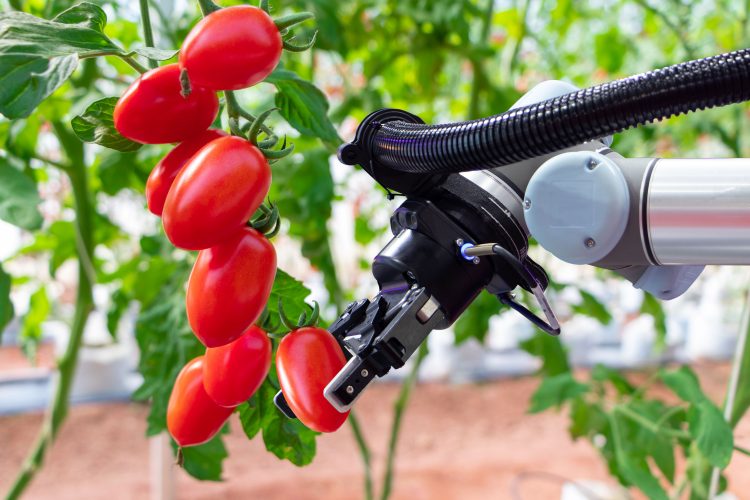 We have evolved from the basic hunting and gathering practices that defined survival for our ancestors 12,000 years ago, to food cultivation techniques that include engineering seeds, employing robots to slaughter livestock, and using satellites to monitor land changes. These developments hold a lot of promise, especially if they manage to coalesce with more traditional practices, like organic agriculture and supporting local producers. However, if not deliberately designed to facilitate a more sustainable future, they can perpetuate the fundamentally degenerative system from which they have emerged.

A glimmer of hope for an improved food system?

Numerous emerging technologies are showcasing the ability for innovation to unite with sustainability, as they support sustainable farming methods, enhance land and resource management, and reduce the need for agro-chemicals.

Many, if not most, forms of agri-tech are vehicles for precision agriculture, an approach that utilises satellites, drones and automated systems to address variability in the field among crops. This is particularly useful for reducing inputs, like water or pesticides, by informing the farmer which plants or areas truly need them. Using chemical inputs like nitrogen fertiliser or pesticides in food production, even limited amounts, can be harmful to both humans and ecosystems. Precision agriculture can help protect field areas and crops from unnecessary toxicity and may even drive down demand for these products from emissions-intensive industries, like nitrogen fertiliser manufacturing.

As the reality of topsoil (the upper, outermost layer of the soil) loss sets in, leaving experts to caution that limited harvests remain before the world’s soils lose adequate fertility, the technology industry has proposed a range of solutions for monitoring and preserving soil health. In particular, Smart technologies that create networks among data-collecting devices are changing how we assess soil quality – or whether we assess it at all. 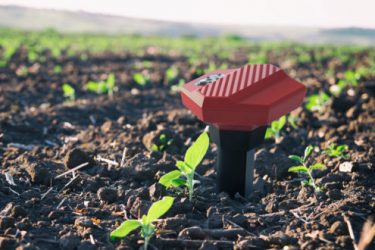 Soil sensor implanted in a field

In the same way a wearable device tracks exercise and shares it to a Smartphone, intelligent agri-tech systems can engage in a similar exchange of data between sensors in the field, integrating readings of soil health (like nutrient composition, rates of carbon sequestration and water retention) with other variables of production, such as meteorological changes and harvest dates. Though not without their challenges, soil monitoring tech has the capacity to drastically improve natural resource management and slow soil degradation.

The mismanagement of livestock, particularly ruminants with substantial acreage requirements, can also result in degenerated soil, causing erosion, runoff, biodiversity damage and reduced productivity. New technologies can help farmers to plan grazing patterns for ruminants like cattle, sheep and goats based on spatial analysis from satellite data. Essentially, satellite imagery can indicate to farmers when a pasture has been sufficiently grazed, allowing ranchers to move livestock to a new pasture and ultimately prevent land from being overworked. This rotational grazing is integral to regenerative agriculture, which can restore damaged land by improving grass growth, soil fertility, and carbon sequestration through cycles of fertilisation and rest.

Other agri-tech companies are discovering the regenerative agriculture movement, taking note of the ability for these practices to regenerate depleted soils and ecosystems throughout the food production process. Some enterprises have begun to develop small and precise robots to replace the heavy conventional farm machinery that often indiscriminately damages organic matter as it barrels across cropland.

…Or just a high-tech rendering of the status quo?

For the optimist, these technologies may seemingly contribute to a food system, capable of balancing innovation with environmental and social ideals of sustainability. However, the reality of this new frontier is much more complicated.

Technologies are often developed with little acknowledgement of their systemic impacts, including social and environmental implications. This results partially from the echo chamber that is the development and financing process, and partially from the inability for policy to keep up with innovation. As a result, several well-intending agricultural technologies making their way onto the market have the potential to exacerbate a number of issues in the food system – from environmental degradation to landholder rights abuses.

Many forms of agri-tech operate based on Big Data, which refers to vast clusters of information that are aggregated and interpreted to reveal more general patterns. Field technologies collect data on variables like atmospheric changes, animal health, and emerging disease outbreaks among crops. While interpreting this data can help farmers be more prudent with their resources, this also leaves them exposed to the control of technology companies or agriculture corporations who own the data analytics software. These issues have already emerged among the social media giants of Silicon Valley, and similar concerns are beginning to arise with technologies that utilise Big Data in agriculture, spurring questions over who can use, distribute or sell this data.

Although not a field-based technology, cellular agriculture – the food production method responsible for lab-grown meat – is certainly a form of agri-tech. The technologies used are extensive but usually include a range of biotech for the synthesis of ’heme’, culturing of stem cells, and isolation of aromatic compounds to be synthesised. 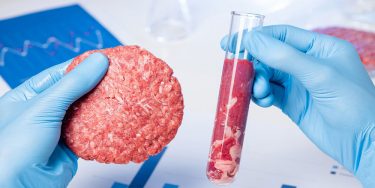 The well-intentioned leaders behind this industry have signalled to consumers that meat-free ‘meat’ cuts greenhouse gas emissions, reduces land use and protects animal rights. However, these products require remarkably high volumes of raw ingredients grown with methods that are arguably damaging to ecological health and disenfranchise independent farmers, while the transport and manufacture involved in all stages of the process result in sizeable greenhouse gas emissions.

Moreover, the technological processes required to manufacture cultured meat results in ultra-processed food, something we’re trying to steer clear of.  Therefore I question whether cellular agriculture is as great a solution as its marketing team may suggest.

Similarly, the advanced gene sequencing technology CRISPR offers a more advanced form of genetic engineering that allows gene editing without gene insertion. While GMO technology has been hailed as a panacea for a myriad of issues in the food system, it has also precipitated a concentration of power among agricultural corporations, which threatens seed sovereignty, sidelines independent and smallholder operations, and poses financial and legal challenges for farmers. GMO has also resulted in practices that can damage biodiversity and ecosystems, while the crops themselves may produce volatile yields and respond poorly to climatic and meteorological variability.

Just how important is soil for the world’s food supply?

Perhaps more existentially, many of these innovations attempt to address agricultural problems, like poor livestock management or food insecurity, with novel technology that fails to grapple with the root causes of these issues. The development of ’methane digesters’ is a good example. Although they aspire to solve the issue of excessive methane emissions from livestock animals, they circumvent the reasons why emissions from ruminant farming are so detrimental, like excessive production, factory farms and poor nutrient recycling. It’s true that these issues need to be dealt with, and fast, but their solutions must contribute to reforming the system from which they came, not merely addressing one component from the top down.

Striking a balance with agri-tech

Admittedly, technology borne from desperation has spurred monumental human progress. In many cases, innovation can be so riveting, so appealing to investors, and so urgent, that those creating it become blind to the underlying issues to be solved. Within the capitalist systems from which these technologies emerge, policy struggles to keep up and innovations can take the form of short-term solutions to deeper issues.

Luckily, the movement toward a more sustainable food system is becoming not only trendy but profitable. As technology companies respond to this demand, we can hold out hope that their innovations will increasingly reflect the values capable of integrating tech with holistic principles to build a better food system.

Eve Gleeson is a sustainability consultant and an intern at Food Tank. You can find her spreading knowledge and resources about sustainable food on Instagram, Twitter and her website. 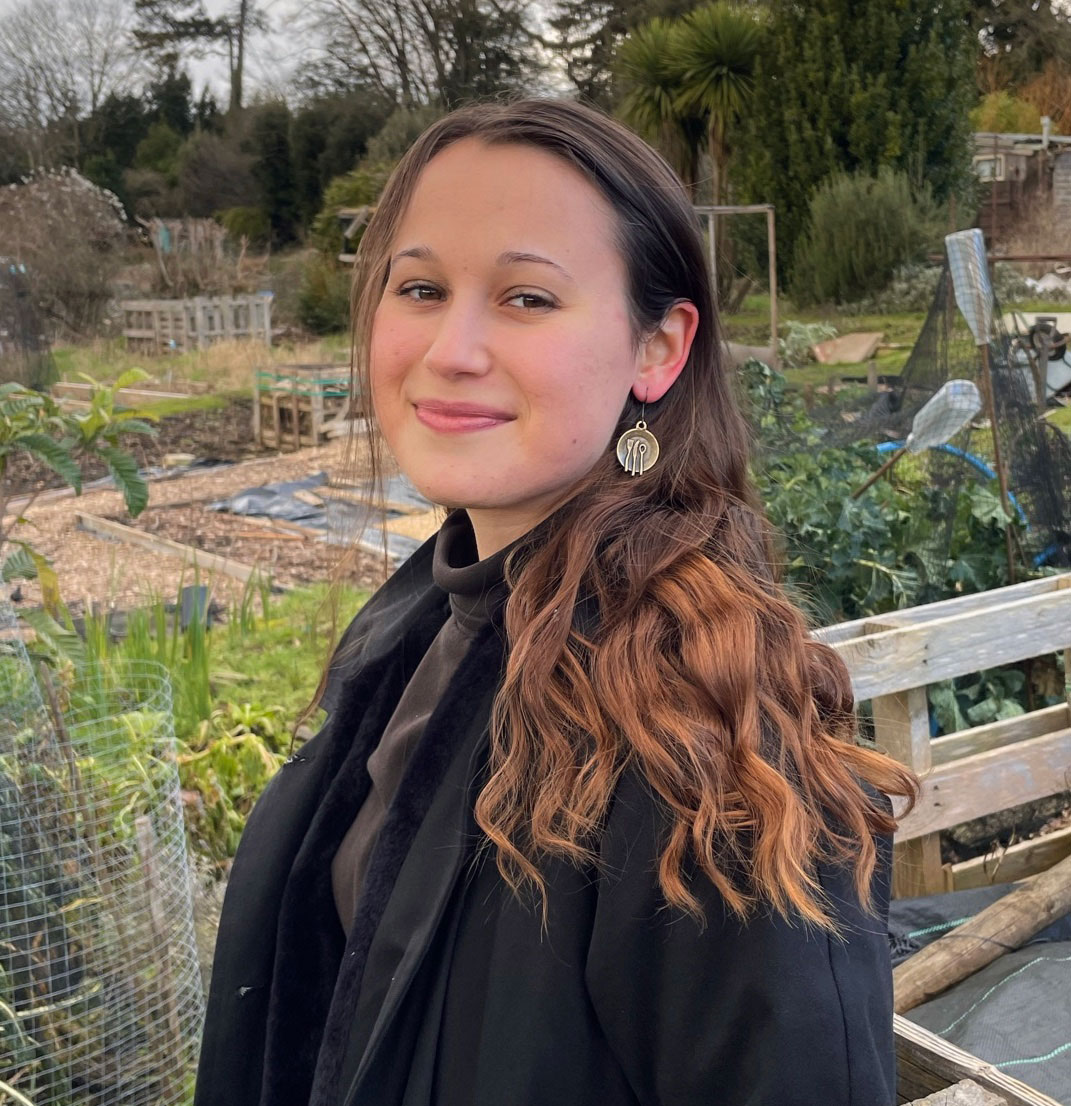