The Elliott assessment of the Food Crime Strategic Assessment

The latest crime assessment from the UK’s and Scotland’s food crime units has been released; here, Professor Chris Elliott provides a summary of the report, including its good and bad points.

The National Food Crime Unit and Scottish Food Crime and Incidents Unit published its 2020 Food Crime Strategic Assessment yesterday (29 September 2020). It is a long and detailed document that outlines the various risks to the UK and their level of severity, and I am very much in support of its contents.

Having reviewed the assessment, it is evident that the criminal activities most likely to impact public health have been prioritised and, thus, the emphasis on protecting the UK public is clear.

The key risks to the UK and Scottish food system

The massive changes in e-commerce represent large opportunities to cheat. I’m not referring to the weekly online shop with a big supermarket brand, but rather the huge amounts of food that can be purchased through platforms such as Facebook, eBay and other similar wholesale sites. These are pretty much unregulated, and to my mind, are akin to the ‘wild west’. Identifying this as an issue is spot on – but being able to deal with it, is a hugely difficult task from both an operational and legal perspective. The online sales of 2,4-Dinitrophenol (DNP), the so called ‘fat burner’ that has been linked to four deaths in the UK in 2019 and one further fatality so far in 2020, is one such important example. 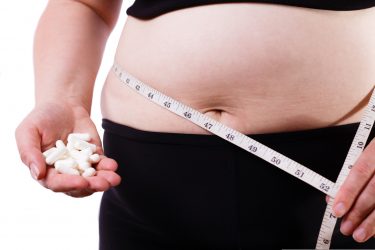 Online sales of 2,4-Dinitrophenol (DNP), the so called ‘fat burner’, have been linked to four deaths in the UK

The Assessment also has a strong focus on rural crime and livestock rustling. This is a topic I am very pleased to see being put into the spotlight. The level of criminality is growing year-on-year; it adversely affects the livelihood of many farmers and also poses potentially severe health risks. This is because some of these animals (possibly large numbers of them), will be slaughtered in illegal premises with very poor hygiene controls in place. This meat can enter the marketplace in many ways, with the exception of large retail. The report stipulates a multi-agency approach to tackling this mounting issue.

Shellfish also features prominently in the report. There have been a number of illegal harvesting incidents in several regions of the UK. The associated health risks of this practise are substantial and can be life threatening. There is a history of this criminal activity in the UK, and it has been strongly linked to the despicable activities of gangmasters who exploit the most vulnerable in society. But this practice is not unique to the UK; last year an organised crime gang perpetrating such acts in Portugal and Spain was identified. They were only discovered due to significant outbreaks of shellfish related illnesses.

For those that believe our hard-pressed border inspection forces can deal with the massive ramping up of inspection, I suggest they think again.

While the report mentions the COVID-19 pandemic, much of the Assessment was completed before we began to see impact on food supplies. Currently, the report states that criminal exploitation of Covid has been minimal in the UK, however, I believe that 2021’s assessment will tell a different story.

Although I support the Assessment, there are a few areas in which I disagree. One of these is the impact of Brexit. It seems to me that this is a topic that is too politically sensitive to highlight. Personally, I can see Brexit causing some issues, both in terms of reduced intelligence coming from our European neighbours and also lower (if any) scrutiny checks on goods entering mainland Europe for transhipment to the UK.

For those that believe our hard-pressed border inspection forces can deal with the massive ramping up of inspection, I suggest they think again.

Overall, the report deals very well with the level of organised crime involvement in our national food system. Unlike quite a number of other countries, the Assessment states that there is little evidence to suggest it is endemic within our food system, and that those who undertake criminal activity generally work within the industry. Saying this, we cannot afford to forget that 40 percent of the food we consume is imported; some of this will come from countries or supply chains that organised crime has penetrated. To think that quantities of food coming into the UK has not been tampered with in some manner for financial gain would be a grievous mistake.