Compared to just two years ago, StatsCan estimates that 512,000 more Canadian households feel food insecure because of COVID-19, with things predicted to get worse. Dr Sylvain Charlebois explores the challenges being experienced in Canada and the potential roads ahead. 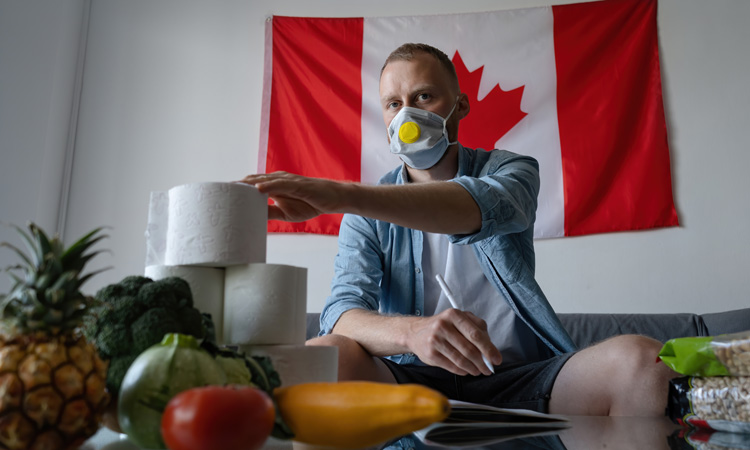 StatsCan has confirmed what most of us knew already. Canada is becoming a hungrier place. According to a survey conducted by the federal agency in May, almost one in seven (14.6 percent) Canadians indicated that they lived in a household where there was food insecurity in the past month.

In the past, grocers have had to deal with a market in which food prices were much higher than the general inflation rate, but nothing like this.

StatsCan results were consistent with another recent survey conducted by the Agri-Food Analytics Lab at Dalhousie University. According to the survey conducted at about the same time as StatsCan, 61 percent of Canadians felt that they had enough of the food they wanted and did not consider access to food an issue. That sentiment was at 72.6 percent last year, a drop of more than 12 percent. Alberta saw the largest drop between the two periods, at 21.2 percent. More than 4.1 million Canadians now see access to affordable food for survival as a challenge, compared to a year ago. These are massive numbers. And chances are, the situation may get worse by the time this pandemic is over.

Most surveys will likely continue to point to a changing Canadian food security landscape. The fall is likely to give us a better picture of the number of households in Canada which will feel food insecure for a while. The hyper sentiment of food security is largely because many have lost their jobs, and that most of us face a future overflowing with uncertainty. More than eight million Canadians applied for the Canada Emergency Response Benefit (CERB), and that programme will eventually come to an end. More than $52 billion has been paid out to Canadians so far. That is a third of Ontario’s entire budget.

With lower prices everywhere, expectations will shift which will lead to more frugality in the marketplace.

What will likely make matters worse are food prices. The current food inflation rate is at 3.4 percent and could reach four percent by year’s end. The food inflation is likely to be much higher than the typical, which is anywhere between 1.5 to 2.5 percent. Costs to produce, process, and distribute are all increasing. Physical distancing, personnel turnover, training, double shifts, the use of personal protective gear, equipment modifications, and an increase in the use in automation are all factors contributing to more cost. To get food to market, companies across the supply chain will need to charge more, full stop.

Grocers may be reluctant to pass on these extra costs to consumers, but they eventually will not have much of a choice. Here is why. It is routinely assumed that firms within the food chain face the common distribution of idiosyncratic shocks. In other words, food companies are assumed to be symmetric and will absorb market changes the same way. That is not entirely accurate, as COVID-19 has changed all of this. COVID-19 has affected the entire system the same way, at the same time. In this context, companies will very much be symmetric, and grocers know that.

COVID-19 proved a simultaneous supply and demand shock, which has never happened before.

The macroeconomic backdrop of this are deflationary pressures that are affecting many other aspects of our economy. Many things are getting cheaper. StatsCan noted that our general inflation rate is currently at -0.4 percent, a drop of -0.2 percent from the month before. Clothes, footwear, education, and transportation, are many components of the consumer price index that are dropping. Some say consumers are spending less on certain things and thus will have more means to spend on food. Not really.

In the past, grocers have had to deal with a market in which food prices were much higher than the general inflation rate, but nothing like this. COVID-19 proved a simultaneous supply and demand shock, which has never happened before. With lower prices everywhere, expectations will shift which will lead to more frugality in the marketplace. Current market conditions suggest there is less cash in the market. Grocers, other food retailers, and restaurants will have to fight to maintain market shares while dealing with higher costs. The likely scenario that will occur will be fewer stores, fewer SKUs in stores, and so on. There are some investments being made in e-commerce by many players, from farmers to processors to grocers, to help make the entire supply chain much more democratic.

The decoupling between the two inflation rates, general and food, will make a four percent food inflation rate feel more like a 10 or 12 percent for the average consumer buying food. To offset the effects of a higher-than-usual food inflation rate in a deflationary environment will be our grocers most significant challenge. However, some analysts predict that our deflationary phase is only momentary, and prices should get back into their inflationary groove within months. As people return to work, there will be more money in the economy, and hopefully an inflation rate that we can all afford. It is the only way to make Canada feel less food insecure.

Let us just hope these analysts are right.