The importance of the UN’s International Year of Plant Health

The United Nations has declared 2020 as the International Year of Plant Health. Here, Dr Sylvain Charlebois takes a look at how important this really is for the planet and for ensuring a sustainable supply of food across the entire globe. 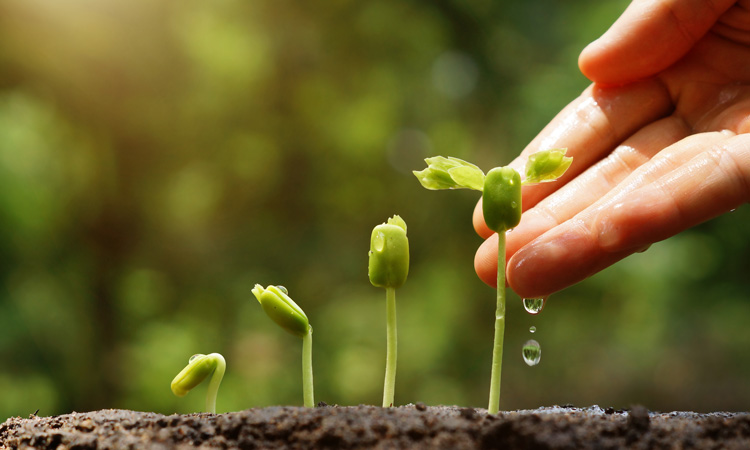 Every year, the United Nations (UN) makes a point of promoting something in our lives that warrants attention. For 2020, the UN declared this year as the International Year of Plant Health, and celebrating plant health and bringing more awareness to this issue is something worth pursuing.

Plants represent about 80 percent of everything we eat, and animals raised on farms, of course, eat plants. Most would recognise how important plants are to global food systems, but few would know how vulnerable our plant-based ecosystem really is.

This year should highlight efforts to provide disease resistance for many crops around the world. Many vulnerable crops are grown in regions of the world where plant science is underdeveloped. In fact, certain diseases are threatening the breakfast foods most of us take for granted. Bananas, citrus, coffee and cocoa are all being affected by climate change and relentless diseases. Since most of these crops are grown in impoverished regions where farming practices have hardly evolved over the last several decades, economic powerhouses like Canada should think about supporting production which occurs outside our borders. Food consumption is more globalised than ever, and many are probably unaware of how lucky they are, having access to a greater variety of food choices, all year around.

Most would recognise how important plants are to global food systems, but few would know how vulnerable our plant-based ecosystem really is

Last year was marked by an acute focus on climate change. The impact of weather on plant disease occurrence and development is critical for plants and deserves more support and attention. Every day, consumers pay for the impact of climate change on crops. We do not know the extent to which food prices are affected, but we know that the influence is real. Epidemics and climate events affected leafy greens and many other produce prices in 2019, and we are expecting more of the same in 2020. The spread of disease and pests, and the introduction of new diseases in a changing climate is something all nations need to mitigate against.

But technological advancement has not been idle. Despite significant challenges, modern civilisation has seen a decent number of successes in plant science. Gene editing and genetic engineering are helping agriculture become more efficient and resilient. The use of phytobiomes, Big Data in agrifood and the use of precision agriculture are all making farming practices more sustainable. GIS farming and robotic production should also be showcased this year.

Our growing rural-versus-urban divide is causing consumers who live in urban centres to be less knowledgeable and appreciative of what modern agriculture is all about. Recent advances are impressive and should be promoted for the betterment of our society and for better policies. But again, this issue is about equal access to technologies, data and knowledge for the entire globe. At the epicentre of agricultural systems are plants. Plant health should be about how we share our knowledge and expertise with other nations around the world. Climate change knows no borders, and neither should science.

It is not the first time the UN has focused its energy on plants – 2016 was the International Year of Pulses. For 12 months, pulses were heavily promoted, and as one the world’s largest producers and exporters of pulses, Canada benefitted from their rise to stardom. A few years later, food policies around the world are encouraging citizens to consume pulses as much as possible. As a result, more people know what pulses are and now include them in their diets. Most would agree that 2016 was a very successful year and the UN’s choice to promote pulses for an entire year was as appropriate as it was needed.

But a simple declaration is typically not enough. It should constantly remind us of what is at stake when dealing with the health of plants. The year 2019 was dedicated to the Periodic Table of Chemical Elements, and most would agree that there was not much fanfare about the table in the last 12 months. Other than acknowledging its existence, there was not much promotion of a table that has been in our classrooms and labs for decades. As a result, we barely heard about it. But, picking plant health as a theme has great potential, and a lot of work is still needed.