Alongside the existing known benefits such as reducing aflatoxin toxicity and working as a pH buffer, a new study from the University of Illinois has shown that clay can also improve the degradability of feedstuffs. 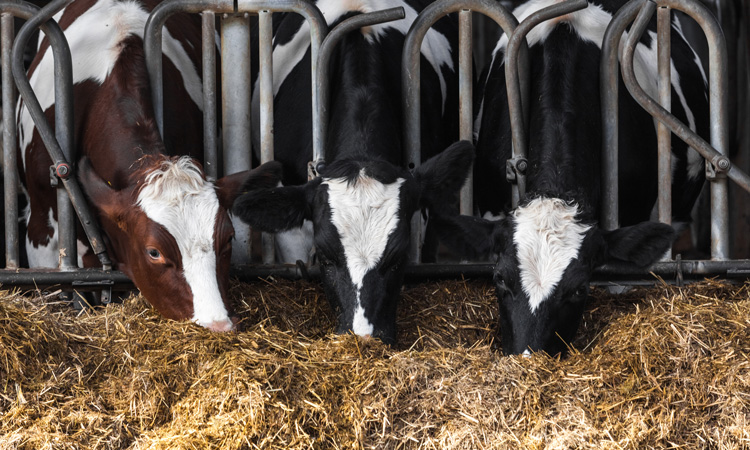 Dairy producers frequently add clay as a feed supplement to reduce the symptoms of aflatoxin and subacute ruminal acidosis (SARA) in lactating cows. In a new study from the University of Illinois, researchers have shown that clay can also improve the degradability of feedstuffs.

“Farmers are giving this clay, but they want to know if the corn silage or hay the cow is eating is affected. We found that yes, the clay is changing the way the cow degrades feedstuffs,” said Phil Cardoso, Associate Professor in the Department of Animal Sciences at Illinois and co-author of the Animal Feed Science and Technology study.

The researchers placed the feedstuffs into mesh bags and inserted them directly into the rumen through a cannula or fistula, a surgically installed portal that allows the contents of the rumen to be sampled for research purposes. The bags were then drawn out at multiple time intervals (two hours to four days) and analysed.

“There were some differences in how the feedstuffs degraded over time. When clay was added to grass hay at two percent of dietary dry matter, the digestibility and usage of the fat in that material was maximised. We did not see a decline in degradability of the other feedstuffs, either,” Cardoso said. “Overall, to maximise the benefits of clay, we would recommend adding it at one to two percent of dietary dry matter.”

Cardoso’s previous research has allegedly shown that multiple types of clay are effective in handling aflatoxin, a toxic substance produced by fungal contaminants on feed. When the toxin is bound up by the clay, it is said to be excreted from the cow’s body, rather than being absorbed in the bloodstream. A 2018 study by Cardoso’s team showed that aluminosilicate clay improved cows’ immune function and reduced liver inflammation during an aflatoxin challenge.

“From all of our work on this, I can tell producers whenever they are facing the risk of aflatoxin, they should consider using clay without worrying about it binding other minerals or hindering forage digestibility. Rather, we have shown digestibility could increase. Of course, it is important to ensure the specific clay product has been tested,” Cardoso said.

Clay is said to attract and bind positively charged ions, and can make the rumen less acidic. This is considered important, particularly given the popularity of increasing grain concentrates in TMR feed, which can lead to SARA. In a 2016 study from Cardoso’s group, cows challenged with excess wheat in a TMR diet produced more and higher-quality milk and had higher rumen pH when fed bentonite clay at two percent of dietary dry matter.

“Basically, clay has all these benefits: It reduces aflatoxin toxicity, works as a pH buffer, and also improves the degradability of some feedstuffs,” Cardoso said. “Producers should know this.”