Locusts destroy ‘up to 40 percent of crops’ in Pakistan

Locusts have reportedly ravaged wheat, cotton and vegetable crops in Pakistan in the worst infestation in the country since the 1990s. 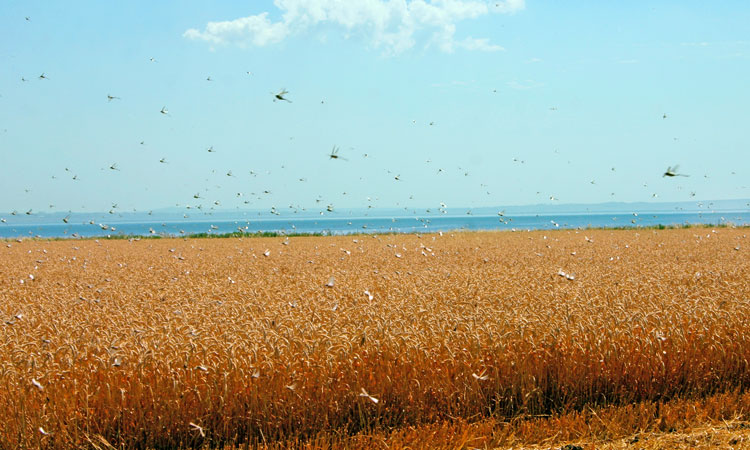 As reported by The Telegraph, Pakistan’s worst locust plague in decades has devastated parts of the south west as swarms have ravaged wheat, cotton and vegetable crops, farmers’ leaders have said.

The country is battling its worst locust infestation since the 1990s and a swarm earlier this month descended on the port metropolis of Karachi for the first time since the 1960s, the report continued.

Locusts struck first earlier this year, but the United Nations’ Food and Agriculture Organisation has warned a serious threat remains as swarms now start to leave their summer breeding grounds along the India-Pakistan border.

Zahid Bhurguri, general secretary of the Sindh Chamber of Agriculture, told The Telegraph that the attacks had destroyed up to 40 percent of crops. Wheat, cotton and tomatoes had all been ravaged, he said.

“The farmers are very worried as they have seen their crops being destroyed in front of their eyes. These farmers should be compensated,” he said.

Almost all crops and non-crop plants are vulnerable and the insects are one of the biggest threats to food security in large parts of the world, the report continued.

Locusts impact much of the Middle East and Asia and officials have reportedly said the failure to control the pests in Yemen has resulted in them gradually growing in number as they passed through Saudi Arabia and Iran before entering Western Pakistan.

The latest UN bulletin has said the swarms have now started to leave their summer breeding grounds along the border with India and are heading west.

Sindh Chamber of Agriculture, The Telegraph

Sindh Chamber of Agriculture, The Telegraph