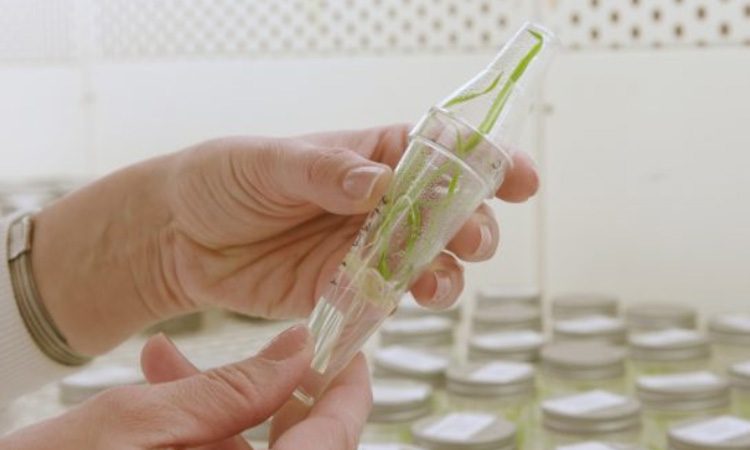 Wheat provides 20 percent of our calories and one quarter of our daily protein. However, despite its high importance and unrivalled range of cultivation, wheat has lagged behind in one important respect: it is the most difficult of all the major crops to transform, according to the John Innes Centre.

Transformation, or genetic modification, is a research tool to study the regulation of genes that influence traits seen in the field. Adapted from nature, scientists use a soil bacterium called Agrobacterium as a way of transferring genes into the DNA of a host organism.

The team in Professor Wendy Harwood’s Lab at the John Innes Centre have now detailed protocols for the method, which is the product of six years of work.

To achieve these efficiencies, the team highlights important factors such as donor plant health, stage of the donor material, pre-treatment by centrifugation, vector type and selection cassette.

The system has already been used to introduce genes of interest and for CRISPR/Cas9 based genome editing in wheat.

“Wheat is the holy grail in terms of transformation. With some plants like barley there is more leeway, for example – they are more forgiving in culture. But wheat, as well as being genetically complex, offers a very narrow window of opportunity to transform,” said Dr Sadiye Hayta, lead author of the study.

Co-author Mark Smedley added: “The demand for a robust, reproducible and transferable wheat transformation system is huge. We have already started training people using the new protocols and will develop them to include other wheat varieties such as Cadenza, Apogee and the durum wheat Kronos. It is an exciting time for the John Innes Centre and the entire wheat community.”

The study An Efficient and Reproducible Agrobacterium-mediated Transformation Method for Hexaploid Wheat (Triticum aestivum) was published in Plant Methods journal.