Scientists call on EU fisheries ministers to take decisive action now if they are to end overfishing by 2020. 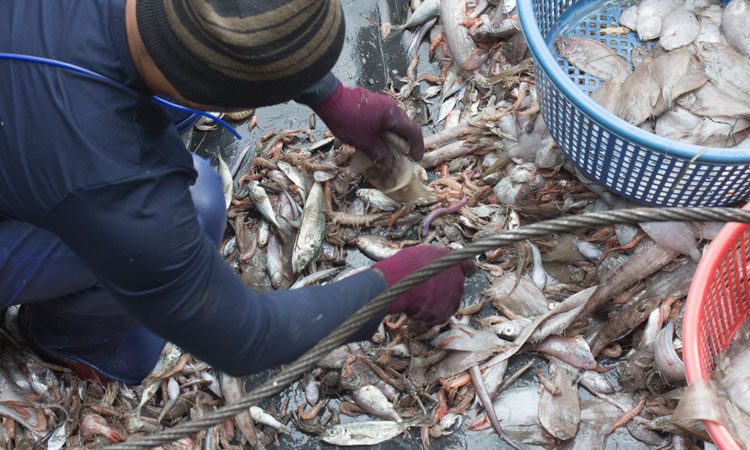 Non-profit organisations (NGOs), Seas At Risk and Our Fish, have demanded that EU fisheries ministers face up to the consequences of their poor record on protecting the fish populations that underpin the health of European seas.

Scientists at The International Council for the Exploration of the Sea (ICES) have advised that the North Sea cod population is at such depleted levels that fishing limits should be capped at 10,457 tonnes in 2020 – a 70 percent cut compared to last year.

The EU has committed to end overfishing of all fish populations by 2015 or progressively by 2020. However, with six months to go, stonewalling by fisheries ministers and a refusal to follow advice from scientists has led to a situation where fish like North Sea cod is facing collapse, stated the NGOs.

“The need to drastically reduce fishing of North Sea Cod is a disaster for many fishers – a situation that could have been prevented if decision makers had listened to the scientists in the first place, and delivered the healthy oceans and food security for all EU citizens that governments signed up to in the reformed Common Fisheries Policy,” said Andrea Ripol, Fisheries Policy Officer of Seas At Risk.

North Sea cod fishing limits are negotiated between the EU and Norway, and approved by the EU Council of Agriculture and Fisheries Ministers each December. The NGOs have said that this year’s negotiations on catch limits (TACs) for North East Atlantic fisheries, including the North Sea, are decisive for fisheries ministers to deliver on the 2020 deadline, rebuild the North Sea cod population, and put an end to destructive overfishing.

Unsustainable fishing limits are not the only crucial pressure point for the North Sea cod population. Continued illegal unreported catches and discards – despite the introduction of the obligation to land and report all catches – is also obstructing the recovery of vulnerable stocks.

Our Fish and Seas At Risk are calling on EU Fisheries Ministers to implement compulsory at-sea electronic monitoring on all fleet segments assessed as medium-high risk by the European Fisheries Control Agency (EFCA) that catch North Sea cod, to ensure elimination of illegal unreported catches and discards of the vulnerable stock.

International Council for the Exploration of the Sea (ICES), Our Fish, Seas At Risk

International Council for the Exploration of the Sea (ICES), Our Fish, Seas At Risk