Cadbury has lost a legal battle that looked to protect the exact shade of purple used to wrap chocolate bars and tablets. 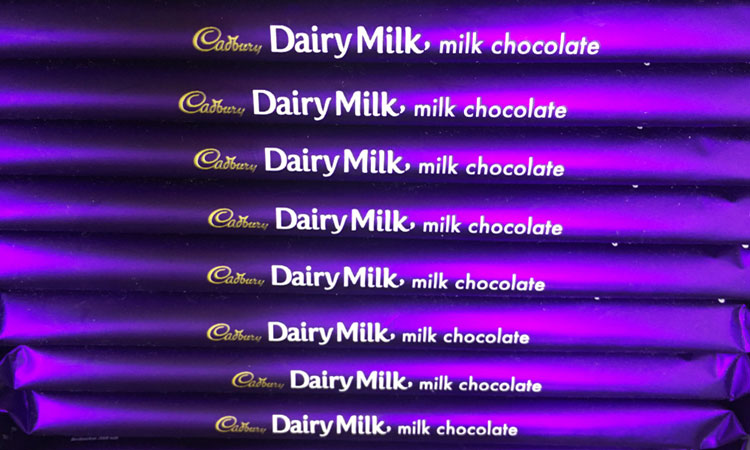 In the long-running court battle to protect the colour of is wrappers, Cadbury has finally given up a trademark.

A court has ruled that the trademark application was too wide-ruling, and so lawyers have said that the company may have decided that it is now unenforceable.

This move now makes it more difficult for Cadbury to prevent rival companies using the same shade of purple for the packaging of their chocolates, and other products. The particular shade of purple is known as Pantone 2865c.

In 2012, Cadbury won a case to prevent other companies using this colour, however, Nestle challenged the court, and won the appeal in 2013. At the time, the Court of Appeal said that the trademark application lacked ‘the required clarity, precision, self-containment, durability and objectivity to qualify for registration’.

The initial argument from Cadbury wanted to protect the ‘predominant’ colour – that ‘applied to the whole visible surface, or being the predominant colour’ of that wrappers on bars or tablets of chocolate.

The issue lies with the “predominant” part, Rebecca Anderson-Smith, a trade mark attorney at Mewburn Ellis in Bristol, told the BBC. “I think the courts and trademark offices are very strict with colour trademarks,” she said. “They don’t want to give anyone a monopoly on the colour purple.”

It will now be “harder for Cadbury to stop a third party from using a similar colour,” she said.

“We have not appealed but will continue to protect what we believe is a distinctive trademark,” Cadbury’s US owner Mondelez, said.

Cadbury still has a trademark from 2004 that uses similar wording, and the company could argue that it has unregistered trademark rights.

However, even this could be difficult to enforce because extensive use of the trademark would need to be proven.