A study has found that polymer molecules of dietary fibre change what is found in the gut microbiome by aggregating large molecules together. 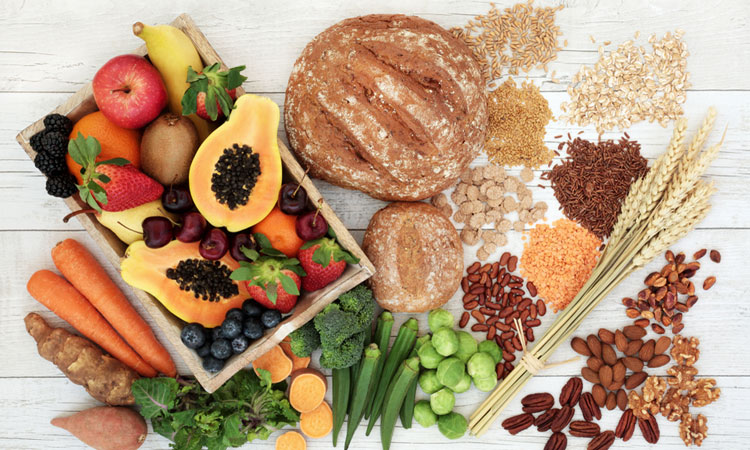 Large molecules from dietary fibre, called polymers, can physically influence the environment in the small intestine by causing solid particles to group together (or aggregate), according to research published in eLife.

The study, performed in mice, provides new insight on how various types of solid particles found within the small intestine – including microbes, cell debris, particles for drug delivery, and food granules – move together through the gut. This is important because the size and composition of such aggregates could potentially affect the gut environment, including how nutrients and drug particles are absorbed during digestion.

“When particles in the gut form aggregates it can impact the uptake of drugs and nutrients, as well as the function of microorganisms in the gut. But little is understood about how these aggregates form,” said first author Asher Preska Steinberg, a graduate student in Chemistry at the California Institute of Technology, Pasadena, US.

A diversity of polymers exists naturally in the gut; they include secretions (such as mucins and immunoglobulins) and dietary polymers, including dietary fibres. It is well known that host-secreted polymers can cause the aggregation of microbes through chemical binding. However, this new work shows that polymers from dietary fibre can also cause aggregation through physical interactions that are dependent on the physical properties of the polymers, such as their molecular weight and concentration, instead of chemical interactions.

“We often think about dietary fibres in the context of nutrition and feeding our gut microbes, but like all polymers, they are also governed by the laws of polymer physics. We wanted to investigate whether physical forces induced by these polymers play a role in structuring particles in the small intestine,” Preska Steinberg explaied.

To do this, the team first studied the interactions between polystyrene particles that were densely coated with polyethylene glycol (PEG), and the contents of the mouse small intestine. PEG-coating has previously been previously used to minimise chemical interactions between particles and biopolymers, allowing the team to focus on the role of physical interactions. They first discovered that the PEG-coated particles, which are commonly used in drug delivery, group together as aggregates within the small-intestine fluid.

Analysis of the fluid later revealed that polymers indeed contribute to the aggregation of PEG-coated particles, and that the extent of aggregation depends on the polymers’ concentration and molecular weight.

“Instead, our results suggested that aggregation can be controlled using polymers from fibres the mice were eating,” said senior author Rustem Ismagilov, Ethel Wilson Bowles and Professor Robert Bowles at the California Institute of Technology. “What’s more, this aggregation is tunable. By feeding the mice dietary fibres of different molecular weights, we found that we were able to control aggregation in their intestinal fluid.”

“This previously underappreciated role of dietary fibre polymers may also occur in the aggregation of other particles in the intestine, and it will be important for us to explore this further,” Ismagilov concludes.