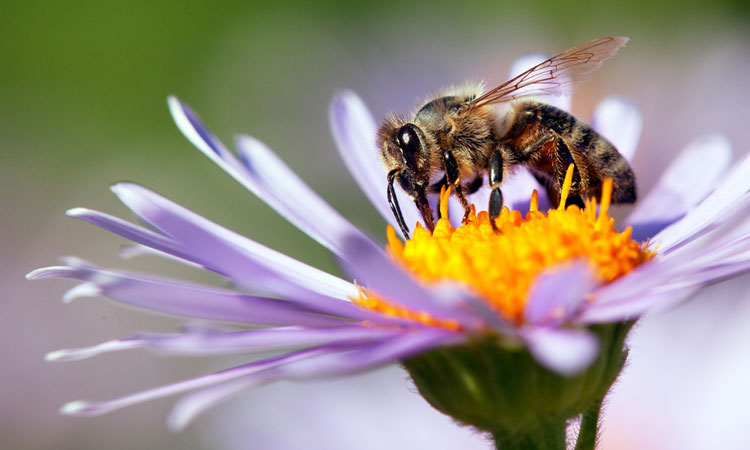 Researchers used a tiny, automated robot to look into bees in their colonies and identify detrimental effects of Neonicotinoid pesticide on the insects.

Many argue that bees are the most important pollinator, and are critical to agricultural crop production and for the survival of most flowering pants on Earth. The current level of bee populations are becoming critically low, having declined over the last few years.

Neonicotinoid compounds are the most widely used class of insecticides, and have  been shown to hugely impact bees. Researchers argue that they could be a likely culprit in contributing to the shrinking populations of pollinator species.

Amongst the most striking negative impacts of neonicotinoids is a reduction in colony size; however, how exposure disrupts the within-nest behavioral systems that impair colony growth remains elusive.

To determine these effects, Dr James Crall at Harvard University and his colleagues used an innovative, automated robotic platform that monitored the behavior of workers in multiple bumble bee colonies.

Dr Crall exposed some of the colonies to environmentally realistic concentrations of imidacloprid, a common type of neonicotinoid. Exposure to the neurotoxic pesticide resulted in measurable changes in worker bee behavior within the nest, where the workers were less active, less likely to feed and care for larvae, and more likely to be found towards the periphery of the nest.

Interestingly, these behavioral effects differed greatly depending on the time of day, with worker inactivity and reduced nursing behavior being greater at night. In addition, an analysis of free-foraging colonies in the field demonstrated that imidacloprid exposure impaired colony thermoregulation.

The results offer an explanation for the reduced sizes and increased mortality of neonicotinoid-exposed colonies, whose colony-sustaining behaviors are notably impacted by the chemical. In a related Perspective, Nigel Raine discussed the implications of the study on improving future risk assessments of pesticide impacts on bees.

The study was published in the journal Science.