The Food and Drink Federation (FDF) recently published the second of its new quarterly business confidence surveys, which reveals that more than three quarters of manufacturers expect input prices to rise in the remainder of 2018. 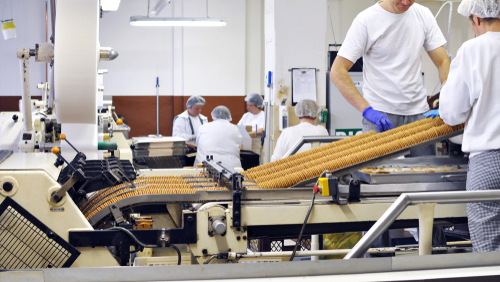 The Food and Drink Federation (FDF) recently published the second of its new quarterly business confidence surveys, which reveals that more than three quarters of manufacturers expect input prices to rise in the remainder of 2018.

More than half of those polled had seen increased ingredient costs (62 per cent), increased packaging costs (61 per cent) and increased energy costs (51 per cent) having the biggest impact on their businesses in the second quarter of the year.

According to the survey large number of food and drink manufacturers expect unemployment to remain at similar record low levels across 2018. While the majority of businesses expect input prices to continue to increase over the year. Increased ingredient costs and exchange rate volatility remain a concern for food and drink businesses over 2018.

The UK’s future relationship with the EU was amongst the top three concerns of businesses polled, with contingency measures seen as barriers to success for many. Increases in input prices were expected to continue in part due to exchange rate volatility.

Despite this, respondents felt general business confidence had remained static during the last two quarters (66 per cent). Looking to the second half of the year, many companies said they were still looking to invest, with investment in new machinery and product launches two of the three opportunities identified by those FDF spoke to. Said FDF Chief Executive Ian Wright:

“The shadow of a ‘no deal’ Brexit looms large over business confidence amongst the UK’s food and drink manufacturing industry. This should be no surprise: there are so many crucial questions to which businesses need answers.

“Despite this, manufacturers remain resilient. It is encouraging to see so much future investment planned. Now Government must start providing the clarity needed to navigate unchartered waters as we look to prepare for our future outside the EU.”