Around 95 per cent of veterinary surgeons working in UK abattoirs are from elsewhere in the EU. 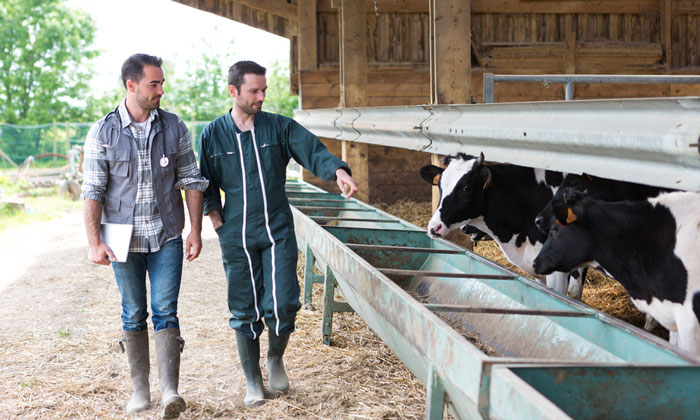 SKILLED: All vets vets working in UK abattoirs are fully trained and registered with the Royal College of Veterinary Surgeons, the veterinary regulator

The British Veterinary Association (BVA) has criticised comments made by the UK’s Secretary of State for Environment, Food and Rural Affairs in which it claimed he asserted EU-qualified vets working in public-health critical roles in the UK are not as qualified as British vets.

The BVA asked Michael Gove to correct the comments he made in an oral evidence session with the Environment, Food and Rural Affairs select committee on June 13.

Mr Gove said that Defra was exploring whether non-vets would be able to sign export health certificates to cope with increased demand post-Brexit, and said: “It is also the case that other countries have people who are skilled and valuable who fulfil a vet med function, but who are not trained to the same level.

“That is one of the reasons, for example, that in our abattoirs we often have people from other countries who do a great job, but who do not necessarily have the same level of qualification as full-dress vets here.”

The BVA claims Mr Gove’s statement was incorrect and insulting. However, the Department for the Environment, Food and Rural Affairs (Defra) challenged it’s interpretation.

A Defra spokesman said: “Animal welfare will always be a priority and never be compromised.

“The Secretary of State wasn’t saying, and doesn’t believe, that vets from the EU are less qualified than those from the UK.

“He was pointing out the fact that there are other people who are currently carrying out roles, such as meat hygiene inspectors, who are not qualified vets but nonetheless do a fantastic job and have a continuing role to play in the future.”

“Putting this specialist work into less qualified hands undermines the OVs’ expertise and could leave the supply chain at increased risk of food fraud and welfare breaches at a time when maintaining high consumer confidence in UK produce has never been more important.

“Far from boosting trade, the idea would fall at the first hurdle in many countries that insist on exports being certified by a veterinary surgeon because they recognise the value of veterinary certification.”

Defra again challenged the BVA’s interpretation of Mr Gove’s statement saying: “There’s no proposal for veterinary export health certificates to be signed off by anyone other than a fully qualified vet.”