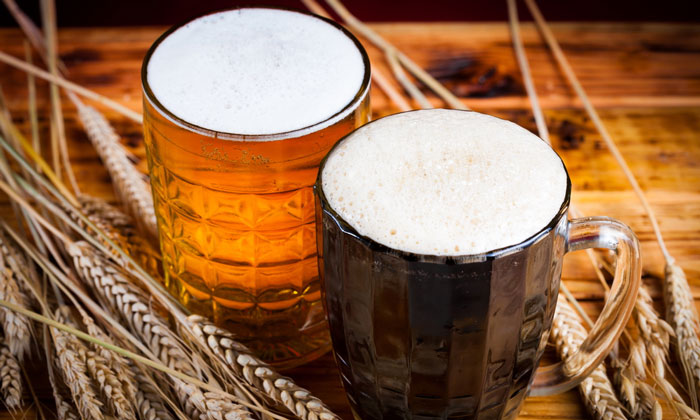 MORE THAN JUST SCOTCH: Scottish craft beer is on the up

Craft beer huge exports worth approximately £18 million to the economy. From the award-winning Innis & Gunn to the family-run, gluten-free Bellfield Brewery, some of the Scotland’s most popular brewers attended the reception to showcase how their innovative techniques and unique taste is boosting the country’s craft beer sales both at home and overseas.

“There has been a real froth of excitement over craft beers in recent years. It is fantastic to see Scottish brewers taking advantage of this boom.”

Secretary of State for Scotland, David Mundell said: “It’s been a real privilege to host a reception showcasing the best of Scotland’s brewers. While top quality whisky is rightly synonymous with Scotland around the world, our beer industry deservedly has many plaudits for producing delicious craft ales.

“Thanks to high quality ingredients, innovation and dedication of brewers, the sector’s reputation is going from strength to strength and I was pleased to raise a glass to toast this key part of our iconic food and drink industry which does so much for our economy.”

One of the companies that attended the reception is Edinburgh-based Innis & Gunn, who started brewing their award winning beers in 2003.

Over the course of a decade they have expanded their range to include barrel aged beers, larger and IPA’s and are now one of the nation’s top exporters of beers, claiming the title of the most popular British bottled beer in Canada.

Award-winning brewers Harviestoun also attended the reception, having operated in Clackmannanshire, Scotland for over 40 years. The company exports their craft brew to 20 countries and uses their expertise to brew beer specifically for the USA market.

Dougal Gunn Sharp, Innis & Gunn Founder and Master Brewer said: “Since starting the business 15 years ago, Innis & Gunn has grown to be one of the UK’s most successful international craft beer businesses.

“We are driven by a passion for flavour and craftsmanship, and our team take enormous pride in brewing craft beers that are renowned for quality in the UK and in over 28 export markets – including the USA, Canada, Sweden, France, and China – selling over 27 million bottles of beer annually and winning over fifty quality awards including Gold Monde, NYC Beer Awards, and many international beer awards, as well as accolades at home in the 2017 Scottish Beer Awards.

Stephen Boyle, Haviestou Director of Sales said: “At Harviestoun Brewery we have been independently craft brewing for 35 years, making internationally awarded beers, in the village of Alva.

“We pride ourselves on using only the best possible ingredients to make our beers. Today, our beers are enjoyed in 26 export markets around the globe and our plan is to further grow the Harviestoun Brewery brand in the UK and emerging world markets through the innovation, quality and attention to detail that has become synonymous with our beers.”