Researchers explore the deeper meanings of throwing out food in Russia

New research has suggested rational behaviour is not the only thing that keeps Russians from throwing away food – many food-handling practices have been shaped by socio-cultural factors, including the gastronomic trauma suffered in times of famine and scarcity. 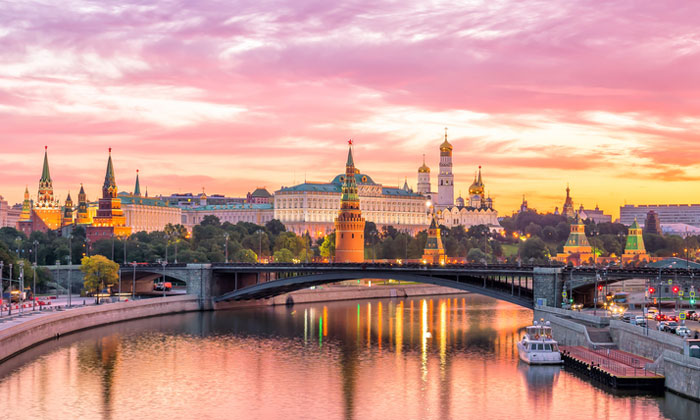 CULTURAL MEMORIES: The study was conducted at a university in Moscow

A pair of academics from the National Research University Higher School of Economics in Moscow have studied some of the cultural attitudes towards food loss and waste in Russia.

Valeria Erguneva and Darya Asaturyan researchers interviewed Moscow residents aged 21 to 72 from diverse social backgrounds (employed, temporarily unemployed, students, pensioners, homemakers) to gain a better understanding of the meanings people attach to throwing out food and the psychological factors which come into play.

Unsure how much food they need to buy, very often, people make a poor estimate of other household members’ needs and preferences.

“Every now and then, you plan to buy, say, ten servings of some food and expect the other person to eat them all. But then it turns out they did not eat some of the food, and the leftovers get thrown out,” said a male student, aged 22.

Life transitions such as moving to a new place, e.g. from a village to a big city or away from one’s parents were also a common cause. Impulsive buying and throwing stuff away can feel like a newfound freedom for young people who have just moved away from their parents to live independently. People who relocate from rural communities to cities sometimes struggle with new waste management practices.

“When I lived in the village, food was never thrown away but given to pigs or dogs – those rural dogs are not like the spoilt city dogs here, they will eat almost everything. So we would never, ever dump food. When I moved here, I felt terrible throwing food away at first, but eventually one gets used to everything,” said a female owner of a hair salon, aged 33.

The researchers also examined why some people refuse to waste food and what they do instead and found a range of reasons and solutions.

Low-income households are forced to plan their consumption. According to the researchers, ‘such people buy exactly as much food as they find necessary to satisfy their physical needs’.

They said people raised in poverty and scarcity make sure no food goes to waste, avoiding food waste as an unproductive use of resources such as money, time and effort invested in shopping for food and cooking.

Subjects also showed a respect for other people’s labour which went into producing the food, dating back to Russian peasant traditions.

“No matter who purchased the food I have to throw out, I still feel sorry for the effort of those who produced the food and the money spent buying it,” said a male student and research assistant, aged 21.

Other reasons why people resent wasting food include sociocultural values, some of them specific to Russia.

Religious attitudes can stimulate frugal behaviour. “Food should be treated as sacred. Throwing away food, particularly bread, is a sin. People have traditionally believed so. It’s a sin to dump food,” said a retired male, watchman, aged 72.

Empathy with people from poorer countries, such as compassion for malnourished African children, or popular wisdom learned in childhood can also play a role.

“I never leave food on my plate. My mom used to say, don’t do it or you won’t find a wife,” said an engineer and postgraduate student, aged 26.

“Back in Soviet times, they taught me at school that bread is the staple of life and how much effort goes into growing and making it. These ideas are still very strong in me,” said a female owner of a foreign language school network, aged 38.

Perhaps the most important factor, according to the authors, is the ‘gastronomic trauma’ dating back to the years of hunger and scarcity during World War II, the post-war years, and the 1990s.

This memory encourages thrifty attitudes and prevents wasteful consumption in older and not-so-old generations of Russians.

“I often feel pangs of conscience [throwing out food] because it brings back childhood memories of my Grandmother,” said a stay-at-home mother, aged 27.

In addition to this, symbolically, throwing out certain foods can be particularly traumatic and cause stronger feelings. Such special foods include bread.

The researchers conclude that despite a reported transition to a consumerist society and the abundance of goods in stores, attitudes acquired in times of scarcity and poverty and passed down to younger generations can discourage wasteful food consumption which is perhaps specific of Russian consumer behaviour patterns.

Ethical consumption and avoidance of food waste are largely due to past traditions in Russia, as opposed to Western countries where they are driven by concerns for the environment and public good. In fact, poverty experienced now by a significant part of Russia’s population can discourage throwing out food but at the same time can be a barrier to environmentally-sound practices, since people seek to meet their basic needs before considering their environmental impact.