The organisation said the Asia-Pacific region continues to offer opportunities for the UK pork sector – but industry must continue to work hard to ensure UK products are at the top of the list for importers. 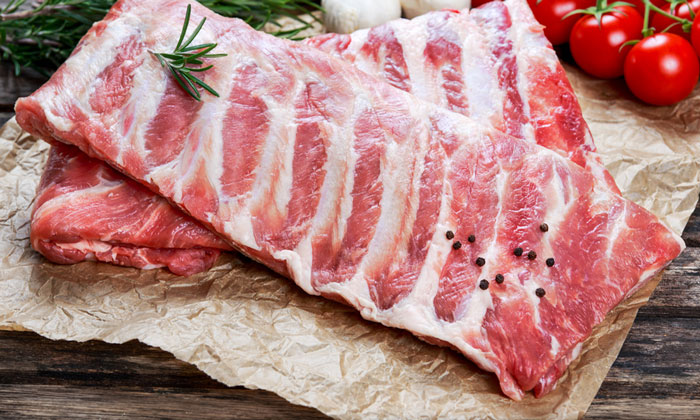 TAPPING A NEW MARKET: China is opening up to foreign exports

The Agriculture and Horticulture Development Board (AHDB) has increased its presence in the Far East this year to ensure producers in the UK reap the rewards of overseas trade.

Since gaining access in 2012, China has become the main market in the region for pork exports. Demand was particularly strong in 2016, with UK exports valued at £43.3 million and offal exports worth a further £31.4 million. Despite the market being more challenging last year, UK pork exports increased by one per cent on the previous year’s record shipments.

However, the popularity of pork is not only evident in China when looking at UK export data. The Philippines has become an important market, with UK exports increasing by 40 per cent in 2017.

AHDB led a delegation, including a number of UK pork exporters, to Manila earlier this year, where the appetite for UK pig meat and offal products remains strong – latest data shows shipments were up 50 per cent year-on-year.

Exports of pork to South Korea and Japan also started the year well, increasing by 26 per cent and 61 per cent respectively.

Jonathan Eckley, AHDB Export’s new Head of Asia Pacific, is looking to build on these strong figures and will be attending numerous trade missions, food shows and exhibitions in the Far East this year.

He said: “The Asia-Pacific region as a whole continues to present many future opportunities for UK exporters and we must do all that we can to ensure our products benefit from a growth in the market.

“The Asian middle class is projected to expand rapidly over the coming years, with two thirds of the world’s middle class living in the Asia-Pacific region by 2030, according to the OECD. An increase in wealth is expected to trigger a rise in meat consumption in that region and it’s an opportunity we cannot afford to miss.

“But while this is clearly an important market, increasing exports of UK pork to the Far East is not without its challenges. There is growing competition from across the globe and we must ensure that we are correctly identifying the needs of the marketplace and remain top of mind for importers in this all-important market.”

“AHDB is committed to working with farmers, growers and industry to build new and ambitious export opportunities,” she added. “We now have a dedicated team in the Asia-Pacific region to help develop our existing work, identify new opportunities and build on the strong relationships we have already in this all-important market.

“This investment also allows us to build our knowledge with a series of new research being undertaken this year to provide us and exporters with real consumer insight into these fast growing markets.”

Last week, Mr Eckley headed up a visit to Shanghai where AHDB were exhibiting at the popular SIAL China show – Asia’s largest food innovation exhibition. During the event, AHDB played host to the third British Pork Dinner to showcase the high quality meat to key members of the meat supply chain. He was joined by a number of UK exporters to China.

Then, later in the year, AHDB will be at Restaurant and Bar Hong Kong, before attending the 16th annual China International Meat Industry Exhibition, where British pork will take centre stage.

Mr Eckley added: “These trade shows are incredibly important for our pork exports as they not only allow us to showcase our high quality pork products to influential buyers, they also provide us with crucial insight into the needs of the Asian market to ensure that we are promoting and showcasing the right products.

“They also allow us to meet with key importers and build important relationships with the ultimate goal of increasing our exports to the growing Asian market.

“With the uncertainty surrounding the future of UK and EU trade relations in light of Brexit, it is crucial that we look to exploit the opportunities presented in the Far East and work to build on the already impressive export figures from the past few years.”