A partnership between Microsoft and Bühler has produced technology that stands to make a real difference to food safety and security worldwide. 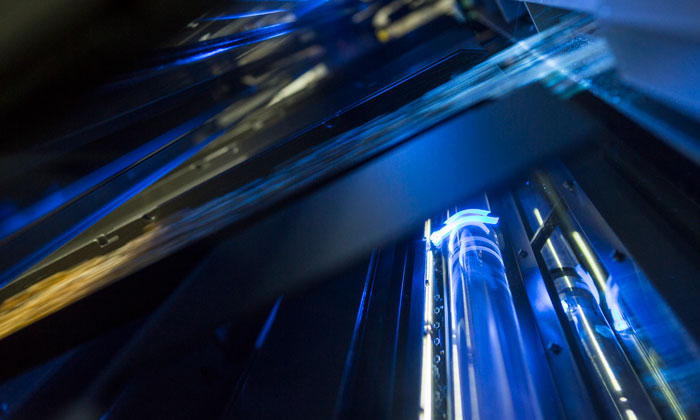 Bühler has revealed a breakthrough in sorting technology that will minimise toxic contamination in maize and improve yield, by identifying and removing cancer-causing, aflatoxin-infected grains.

It does this more accurately and at greater speed than any previous solution. Developed in partnership with Microsoft, the launch of LumoVision is a significant advance for the maize processing industry in its fight against fungal moulds called mycotoxins, the most poisonous of which is aflatoxin.

The innovation can eliminate up to 90 per cent of contaminated maize.

“Advances in digital technology, together with our sorting and food safety expertise, make this an unrivalled system that contributes to solving a major global food safety and security challenge,” said Matt Kelly, Managing Director of Digital Technologies at Bühler.

Maize is a vital, staple food crop in many regions of the world and a major component in animal feed, but it is particularly prone to aflatoxin contamination. Aflatoxin is classified as a primary human carcinogen by the International Agency for Research on Cancer.

Approximately 500 million people worldwide are at risk of exposure to it and it is estimated to cause up to 155,000 cases of liver cancer every year and contribute to stunting the growth of millions of children.

“Aflatoxin is one of the biggest global pains today. Climate change means that the problem is growing, so eliminating contaminated grains from the food chain more effectively, with less loss of healthy grain, is an urgent challenge,” said Beatrice Conde-Petit, Food Safety Officer at Bühler.

Until now sorting maize for aflatoxin reduction has proved difficult and imprecise, relying on identifying indirect indications of contamination. Testing for contamination based on sampling is inconclusive and time-consuming as contamination occurs in hotspots.

Just two contaminated kernels in 10,000 are sufficient to make a lot unfit for purpose. Alongside health risks, the economic impact on farmers and food processors is significant.

LumoVision is the first optical sorting technology able to identify aflatoxin based on direct indicators of contamination, while simultaneously using real-time, cloud-based data to monitor and analyse contamination risk.

It works by analysing the colour each kernel fluoresces as it passes under powerful UV lighting in the sorter. It is known that contaminated kernels fluoresce a specific bright green colour. LumoVision’s proprietary, highly sensitive cameras detect precisely this colour of fluorescence.

Within milliseconds of detection, air nozzles deploy to blow contaminated kernels out of the product stream. The machine processes up to 15 tonnes of product an hour, eliminating up to 90 per cent of contamination – a significant improvement on current solutions.

A cloud-based solution using infrastructure provided by Microsoft is a key enabler to reducing overall yield loss. Combining data from the cameras with data stored in the cloud allows a local, real-time analysis of the risk of contamination to be carried out.

When the risk is minimal, sorting is halted while the machine continues to monitor. If the risk rises, sorting automatically restarts. LumoVision, coupled with the cloud service, reduces yield loss to below 5 per cent, compared with between 5 per cent and up to 25 per cent for other current solutions.

“We are incredibly excited about this achievement. As an organisation we have strived to solve the problem of aflatoxin contamination for many years. Now, with today’s technological advances we’re able to bring this ground-breaking solution to market,” said Ben Deefholts, Senior Research Engineer for Digital Technologies at Bühler. “With data science techniques and tools we can develop sorting algorithms, while connectivity and IoT solutions allow us to combine our optical sorting with real-time risk models.”

LumoVision is currently undergoing testing onsite with Bühler customer Capa Cologna, in Italy, an agricultural cooperative whose maize was affected by aflatoxin after drought conditions during the growing season in 2012. Further testing will take place within the MycoKey network, a project funded by the European Commission to develop smart, sustainable solutions that reduce mycotoxins in food and feed.