Rules that require food manufacturers to both identify sources of a common, potentially carcinogenic byproduct of the cooking process in their wares and show how they are working on cutting it down have come into force. 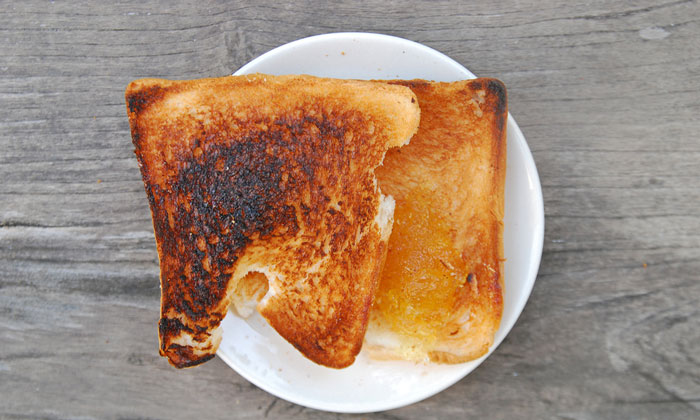 BROWN OR BLACK: Toast is one of the sources of acrylamide

Acrylamide was first discovered in food only 16 years ago. According to a recent article by testo’s Ashton Baylis, it is produced by the ‘Maillard reaction’, when starch is overheated to cause a reaction between amino acids and sugars. This only takes place above 140°C.

The European Food Safety Authority (EFSA) officially published its opinion on the byproduct in 2015, saying that it potentially increased the risk of developing cancer for consumers in all age groups and was a public health concern.

In July last year, European Member State representatives voted in favour of a European Commission proposal to make it mandatory for food business operators (FBOs) to reduce the presence of acrylamide.

At the time, Commissioner for Health and Food Safety, Vytenis Andriukaitis, said: ”Today we took an important step in protecting the health and well-being of citizens. The new regulation will not only help to reduce the presence of this carcinogenic substance but also will help raise awareness on how to avoid the exposure to it that oftentimes comes from home-cooking.”

The lack of guidance from the European Union on its new rules has prompted other organisations, such as the British Hospitality Association, to step into the breach in an effort to help food manufacturers. UKHospitality has published interim guidance which can be read here.

Dr Lisa Ackerley, UKHospitality Food Safety Expert, said: “Over the last 18 months UKHospitality has been working with the FSA, FSS and other stakeholders to produce practical guidance for caterers on the Acrylamide regulations which have been implemented today. Unfortunately, the EU guidance is not yet finalised, meaning some critical areas of clarification are still required as to scope and interpretation.

“It is regrettable that despite our considerable efforts we have been unable to produce a final document for the hospitality sector in time for the implementation of the regulations. UKHospitality is committed to guaranteeing that not only we but also our members have full confidence in the integrity of the guidance. Until there is total clarity about which businesses fall under the more onerous part of the regulations, and what foods fall into scope, we unfortunately are not able to provide the industry with the much-needed guidance they require to be confident they are complying with the new regulations.

“UKHospitality trusts that enforcement officers, who themselves will be relying on our guidance, will be mindful of this when considering taking any enforcement action until we all know where we stand when the EU publishes its guidance.”

UKHospitality Chief Executive, Kate Nicholls, said: “UKHospitality is dedicated to ensuring its members have the practical and easy-to-use guidance they need to make informed and confident decisions. As with our Catering Guide, this guide is set to be Assured by Cornwall Council – the Primary Authority for the hospitality industry.

“We hope that the EU guidance will be finalised sooner rather than later so that businesses can get to grips with the new legislation and will not be unfairly penalised and given reasonable time to understand and implement any necessary changes needed.