The Northern Irish food supply is at risk of disruption, a fact that has been neglected in the Brexit negotiations thus far according to a new report. 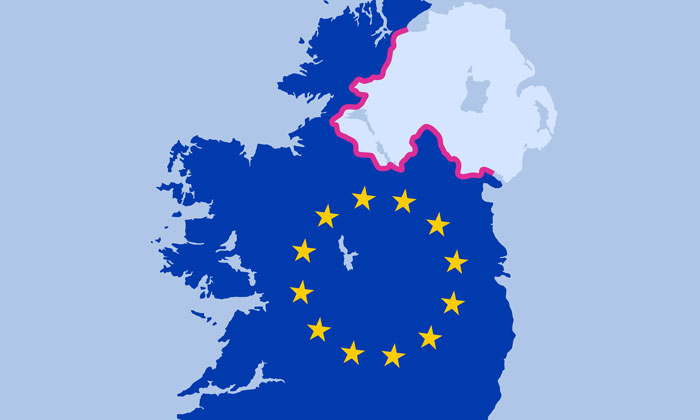 PROBLEM: The boarder with the Republic of Ireland has been a sticking point in Brexit negotiations

Experts from the Chartered Institute of Environmental Health (CIEH) and City, University of London warned there has been no planning for how food trade will fit into any changes to the border between Northern Ireland and the Republic of Ireland.

Published by the Food Research Collaboration and the CIEH, the report claims a “frictionless” border is vital to the high-volume, economically and nutritionally important food trade into, out of and through Northern Ireland.

The report sets out four ways in which either the current arrangements can be guaranteed or any future border can be truly “frictionless”:

The authors urge the UK Government to publish plans for what “food Brexit” will look like for Northern Ireland, and call for the UK, the EU and the Republic of Ireland to come together to overcome the issues.

“The Northern Ireland food system urgently needs some clear decisions to be taken by all sides in respect of ‘food Brexit’. This important issue is not, at present, receiving the attention that it deserves, and this failure of food governance should not be allowed to continue.”

Tim Lang will be speaking at FoodBrexit 2018, register your interest here.

The briefing paper, called Food, Brexit and Northern Ireland: critical issues, reviews the available data on food trade and the flow of food in and out of Northern Ireland, and considers how consumers and businesses will be affected by Brexit.

The authors argue that food is central to the economy of Northern Ireland, and the continuing supply of safe, high-quality, healthy food is currently dependent on the absence of border controls between Northern Ireland, EU member state the Republic of Ireland, Great Britain and the rest of the EU.

It cites figures that show hundreds of thousands of tonnes of food criss-cross these borders annually, free from inspection because of shared, underpinning EU single market regulation.

Northern Ireland exports £1.15 billion worth of food to the EU, about 70 per cent of which goes to or through the Republic of Ireland.

The report dismisses as “vague and unrealistic” the idea that technology could be used to check food (and other goods) crossing between Northern Ireland and the Republic of Ireland.

Gary McFarlane, co-author and the CIEH’s Director in Northern Ireland, said: “Technological solutions may or may not be possible in the future, but they do not exist at present. Furthermore, technological solutions cannot replace the need for food inspection by qualified and competent food professionals.

“Proper food inspection requires someone to look inside lorries and make judgements about critical food safety and standards.”

The authors say there is little contingency planning being done for Brexit’s impact on food in Northern Ireland and the preparation that is being done is being undertaken by public health officials, which they say is unacceptable.

Tony Lewis, co-author and Head of Policy at CIEH, said: “Port health officers, customs officers and other trade and health-related professionals cannot resolve political difficulties, nor should responsibility for resolving practicalities be placed at their door.

“The responsibilities of such professionals are to the common good, including the public’s safety and health.”