Appetite for British food and drink from overseas continues to strengthen with alcohol top of the menu, according to research conducted by supply chain and data standards organisation GS1 UK. 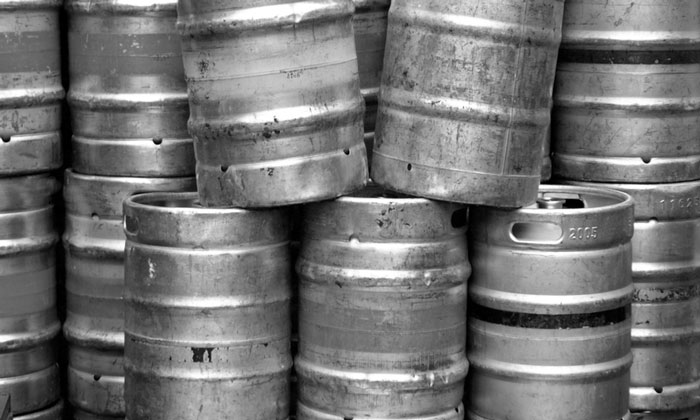 BARRELLING FORWARD: UK exports are up

Appetite for British food and drink from overseas continues to strengthen with alcohol top of the menu, according to research conducted by supply chain and data standards organisation GS1 UK.

Its survey of its members from across the food and drink sector – featured in its report Brits Abroad: UK Food & Drink Exports in 2018 – found that the export of goods had risen by 12 per cent in the year to November 2017, with alcoholic drinks outstripping this broader average with a 16 per cent uptick.

With various estimates placing total UK food and drink exports around the £22bn mark in 2017, this 12 per cent increase represents approximately £2.6bn of additional transactions.

Exporting also now comprises a larger proportion of these businesses’ overall activity than it did five years ago, accounting for 15 per cent of their revenue, up from 11 per cent in 2013. The most pronounced percentage was seen among non-alcoholic drinks and beverages, where exporting made up 22 per cent of transactions. Fever-Tree has become the figurehead for this sub-sector and now distributes to more than 60 companies internationally.

The ongoing Brexit negotiations and uncertainty around what trade deals Britain may strike in the coming months hasn’t filtered down to homegrown food and drink businesses either, with confidence around exports remaining defiant.

Manufacturers in the sector expect exporting to account for 23 per cent of their business by 2023 – up from 15 per cent currently – and less than a third of those polled were fearful of a decrease in exports to the EU in particular.

Gary Lynch, CEO of GS1 UK, said: “British produce remains a byword for excellence around the world and our food and drink is exported to the four corners of the globe. With official Government figures showing that £22bn of it was sent overseas in 2017, there is clearly a lasting taste for British products and our members have optimistic expectations for the coming years. Whisky and salmon are very much our export staples, but the thirst for our beer and gin also continues to intensify.”

In terms of how they are getting their products to market, direct sales (including online transactions) account for two-fifths of the average exporter’s sales, but a further 39 per cent is powered by enlisting the services of in-county agents of distributors.

Almost three-fifths of those surveyed (56 per cent) expect direct sales to account for an even larger percentage of overall export sales in the next five years.

The Department for International Trade’s (DIT) efforts to promote and support overseas sales through its Exporting is GREAT campaign have not gone unnoticed either, with 76 per cent of food and drink respondents saying they had worked with the DIT before.

While GS1 UK’s food and drink members offer any item fit for human consumption that the mind can conceive, respondents were also asked what the single most popular item they exported is.

Among the expected answers of particular IPAs or varieties of gin were some more novel responses including clove-flavoured rock, rabbit food, chipping potatoes and baby milk powder.

In addition to the survey of its food and drink members, analysis of GS1 UK’s own membership and new joiner data shows the level of craving for British produce – in 2016 162 companies from this sector signed up to GS1 UK, but in 2017 this rose to 280; an increase of 73 per cent.