A new survey by World Action on Salt and Health (WASH), based at Queen Mary University of London, has revealed the levels of salt content in bread. 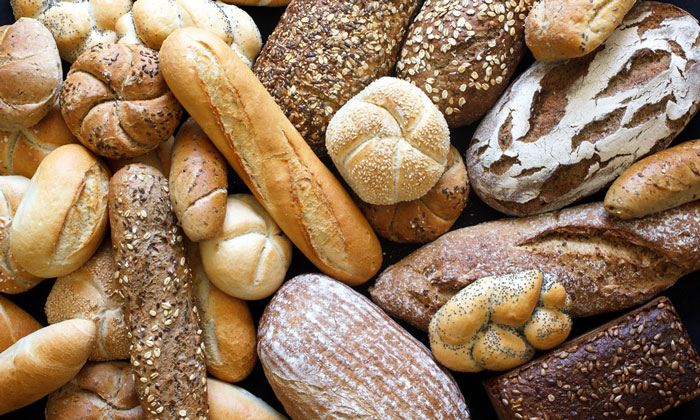 BREAD: More than a third of breads worldwide have more salt than UK maximum salt reduction target for bread

WASH surveyed over 2,000 white, wholemeal, mixed grain and flat breads from 32 countries and regions, and found that the saltiest bread in the survey – Rosemary Foccacia by ACE Bakery, available in Canada – had 2.65g of salt per 100g, which is saltier than seawater. According to WASH, more than a third (34 per cent) of breads had more salt than the UK’s maximum salt target for bread (1.13g/100g).

Some flat breads had more than 1.50g of salt per portion, a third of the maximum daily intake of salt as recommended by the World Health Organisation (WHO, 5g) and as much salt as 4 bags of ready salted crisps.

More than 40 per cent of white breads included in the survey had more salt than the UK’s maximum salt target. The Republic of Macedonia produced white breads with the highest salt content, averaging 1.42g/100g, compared to China which had the lowest average salt content of 0.65g/100g. When considering portion size, Toaster Bread by Golden Crust, available in South Africa, had the most salt per portion of all white breads, with 2.46g per 250g portion.

Despite the UK’s progress with salt reduction to date, the average salt content of wholemeal breads from Qatar, China, Costa Rica and South Africa (0.78g/100g – 0.92g/100g) were lower than the average salt content of wholemeal breads in the UK (0.93g/100g). Accoding to WASH, this suggests that salt reduction progress may have slowed in the UK and demonstrates that mandatory salt reduction targets, such as those put in place in South Africa, are more effective than voluntary targets.

Mhairi Brown, Nutritionist at WASH, said: “This survey clearly demonstrates the progress still to be made to lower salt intake by 30% by 2025, in line with WHO recommendations.

“Bread is an essential staple food in many countries but is still a key source of salt in our diets due to the frequency with which we eat bread. Globally we must do more to reduce salt intake, and a simple way to do this is to lower salt in our staple foods.”

In the UK, bread is the single biggest contributor of salt to people’s diets, providing nearly a fifth of salt intake from processed foods. This is also true for many countries worldwide, where mandatory or voluntary salt reduction targets exist for bread. Research has shown that the salt content of bread could be lowered by 25 per cent over 6 weeks.

Graham MacGregor, Professor of Cardiology at Queen Mary, University of London, and WASH Chairman said: “Eating too much salt puts up our blood pressure, the major cause of strokes, heart attacks and heart failure, the leading cause of death and disability worldwide.

“Reducing salt intake around the world would save millions of lives each year and all countries should be working towards reducing salt intake by 30 per cent by 2025. Our survey has shown that many bread manufacturers internationally are still adding huge and unnecessary amounts of salt to their products. Governments must act now and reinvigorate salt reduction work in the food industry.”