Brexit could be a lot tougher on the food and drink industry than expected according to a new report on rules of origin. 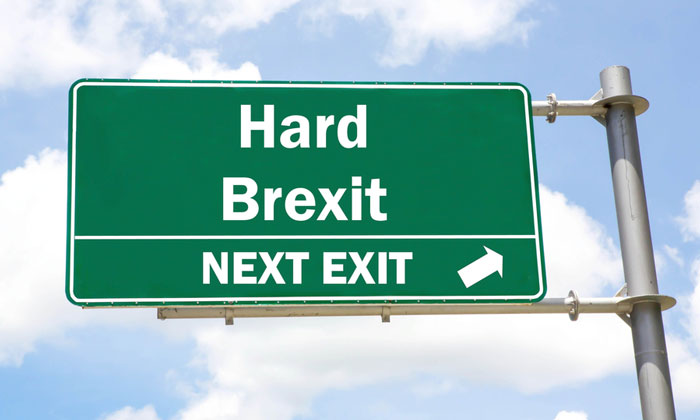 HARD BREXIT: The report sets out eight practical recommendations the UK and EU can take to minimise disruption to seamless trade in food and drink

A report commissioned by the Food and Drink Federation (FDF) and the National Association of British and Irish Flour Millers (NABIM) from Global Counsel has warned that due to the international nature of food and drink manufacturing, many UK producers have built supply chains within the EU’s Single Market which may fail to comply with future origin requirements.

The report, ‘Rules of origin in an EU-UK FTA: A ‘hidden hard Brexit’ for food and drink exporters?, also sets out eight practical recommendations the UK and EU can take to minimise disruption to seamless trade in food and drink.

It says that while it is the intention of the UK Government to negotiate an ambitious free trade agreement with the EU that delivers continued tariff-free trade in goods, including food and drink, exporters would still need to comply with complex origin requirements. This poses a significant risk for UK firms exporting to the EU. This is worth more than £13.3 billion each year.

Ian Wright CBE, Director General of the Food and Drink Federation, said: “Rules of origin are a big piece of the Brexit puzzle for the food and drink industry. If we fail to secure sufficiently generous rules as part of a preferential trade agreement with the EU, food and drink manufacturers will be the ones who suffer this hidden hard Brexit.

“They could be facing an increase in exporting costs, or a complete ban of entry to the market. This report is essential reading for those who want to avoid both.”

Rules of origin dictate whether a product is deemed sufficiently ‘British’ – its economic nationality – and whether it qualifies for a preferential tariff that has been agreed in a trade deal. Once this economic nationality is identified, customs officials then apply the correct tariff or duty to the product.

Under existing models applied by the EU, many UK manufactured products would not qualify for preferential tariffs. For example, UK chocolate producers that export £530m of products each year to the EU could face tariffs of 27 per cent or more depending on the value of UK refined cane sugar originating from the world’s poorest countries and the volume of Irish milk in their products.

Manufacturers could face the prospect of either a costly restructuring of their supply chains or defactor barring from future EU-UK trade as a result of the EU’s Most Favoured Nation (MFN) tariffs which are prohibitively high for food and drink, rising to more than 100 per cent on many of our products.

Alex Waugh, Director General of the National Association of British and Irish Flour Millers, said: “Flour millers in the UK source 80 per cent of their wheat from the UK, but also use grain from Canada, the USA and other European countries to make a range of flours with different baking qualities.

“If the rules of origin adopted in many of the EU’s trade agreements were to apply in a trade deal between the EU 27 and the UK, flour milled with even a small proportion of these grains, and many foodstuffs made from it, would no longer be considered ‘of UK origin’ and would therefore be subject to very significant duties.

“This would add, for example, €0.10 to the cost of a loaf in Ireland, which is mainly supplied with flour from the UK. Negotiating the right agreement is therefore crucial to the entire food supply chain, including consumers.”