The UK Prime Minister made what was billed as her third major Brexit speech in Mansion House on Friday March 2. Here is how the Food and Drink Federation (FDF) and National Farmers Union (NFU) have reacted. 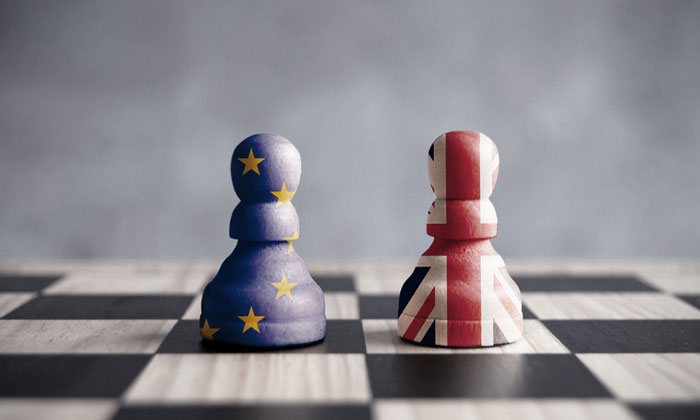 Food manufacturers will have to make changes to the way they label products at the start of next year.

On Friday (March 2), UK Prime Minister Theresa May delivered a speech on the nation’s future trade relationship with European Union once it leaves the bloc.

Politically, the speech has been said to have unified Brexiteers and Remainers within the Conservative party, but food and drink industry figures observed that it lacked the detail needed at this point.

Mrs May visited the food and drink industry specifically only briefly in her speech, though other areas of her speech, such as those regarding frictionless borders, had much significance to those in the sector.

She said: “A fundamental principle in our negotiating strategy is that trade at the UK-EU border should be as frictionless as possible with no hard border between Northern Ireland and Ireland.

“We believe this can be achieved via a commitment to ensure that the relevant UK regulatory standards remain at least as high as the EU’s and a customs arrangement.

“We recognise this would constrain our ability to lower regulatory standards for industrial goods. But in practice we are unlikely to want to reduce our standards: not least because the British public would rightly punish any government that did so at the ballot box.”

Ian Wright, FDF Director General, responded to this part of the speech, saying the Prime Minister was “right” to highlight the UK’s high standards of food safety.

He said: “UK food and drink’s supply chains and regulatory relationships with the EU27 are deeply integrated. The continued success of food and drink as the UK’s largest and most vibrant manufacturing sector depends on our ability to trade ingredients and finished goods barrier-free, friction-free and tariff-free across borders.

“The EU is our largest customer, buying 70 per cent of our food and drink exports. On the island of Ireland people, ingredients and finished products cross the border multiple times every day and a solution that ensures this continues must urgently be found.

“The Prime Minister has set out her unique vision for open trade and proposed new customs arrangements with the EU. However, this depends on technology and goodwill – neither of which can be guaranteed in the time available.

“There is no greater priority for our industry than the safety, quality and authenticity of UK food and drink. Nor can we afford to disrupt trade with our most important markets. We therefore need the minimum possible future divergence in those standards.”

The Prime Minister went on in her speech to address the areas of agriculture and fisheries. She said that Brexit was an opportunity for the country to ‘reform’ the management of the sector.

“The UK has among the highest environmental and animal welfare standards of any nation on earth. As we leave the EU we will uphold environmental standards and go further to protect our shared natural heritage.

“And I fully expect that our standards will remain at least as high as the EU’s. But it will be particularly important to secure flexibility here to ensure we can make the most of the opportunities presented by our withdrawal from the EU for our farmers and exporters.

“We are also leaving the Common Fisheries Policy. The UK will regain control over our domestic fisheries management rules and access to our waters.

“But as part of our economic partnership we will want to continue to work together to manage shared stocks in a sustainable way and to agree reciprocal access to waters and a fairer allocation of fishing opportunities for the UK fishing industry. And we will also want to ensure open markets for each other’s products.”

NFU President Minette Batters said: “The Prime Minister is right to publicly recognise that British farmers adhere to some of the highest standards in the world and that those standards will not be compromised in a future trade deal.

“However, there are less than 400 days to go until Brexit.  Time is now ticking for the diverse range of businesses that make up the British food and farming sector.

“Many farmers are now making business decisions for the next five or even ten years without knowing what trading environment they will be operating in.  The time has now come for both sides of the negotiation to come to the table in a meaningful way to agree a way forward which will ensure that farming and food production does have a resilient future outside the EU.

“Farming is the bedrock of the largest manufacturing sector – food and drink – which contributes £112 billion to the nation’s economy and provides 3.8 million jobs. This cannot be forgotten at the negotiating table.”