Plant-based diets could save a country billions of euros

Mediterranean diets with a daily portion of soya foods could alleviate the financial burden on a country’s healthcare system. 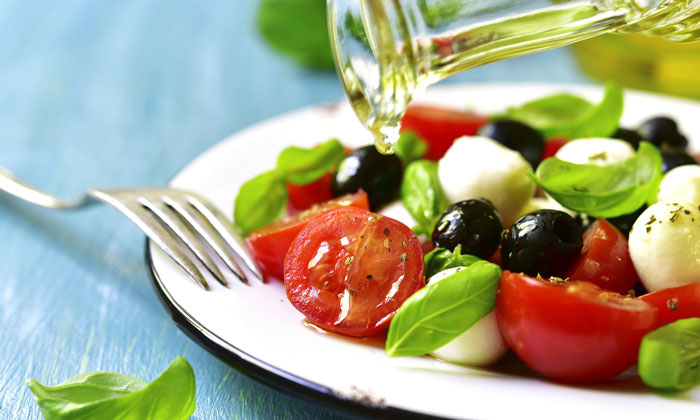 SUPER FOOD: The Mediterranean diet has once more been shown to have health-boosting qualities

Billions of euros could be saved from a country’s annual health bill if more people can be persuaded to follow a plant-based diet, according to new research published in the Journal of Nutrition.

The study looked at the health and economic consequences of two plant-based eating patterns, a diet with a daily portion of soya foods and a Mediterranean-style diet.

It suggested the British government could reduce its healthcare and societal costs over the next 20 years by £5.21 billion if just 10 per cent of the UK population would emphasise plant-based foods in their diet.

Cost savings could be as high as £7.54 billion if 10 per cent of the UK population could be encouraged to incorporate soya products in their daily diet.

“Our research demonstrates that increasing plant-based eating is cost-effective, reduces economic costs, such as hospital admissions and doctors’ bills, as well as increasing the number of healthy years people live, and enabling them to continue having an active life,” said Lieven Annemans, Professor of Health Economics at Ghent University, and the lead author of the paper.

“Our study has the potential to contribute to the way healthy eating is promoted.”

There are different approaches to plant-based eating, from Mediterranean-type diets through to vegetarian and veganism. It is in line with the latest government dietary guidelines, the Eatwell Guide. In other words, plant-based eating does not have to exclude all animal products, but places plant-based foods such as soya, fruits, vegetables, wholegrains, nuts, seeds and vegetable oils at the core of the diet.

The researchers carried out an extensive review of the scientific literature and concluded that both plant-based and soya eating patterns reduce the risk of diseases such as diabetes, cardiovascular disease, stroke and certain cancers. Diets containing soya demonstrated the most favourable health effects from the two evaluated plant-based food patterns.

The researchers calculated the impact of these plant-based food patterns on ‘quality adjusted life years’ (QALYs), which estimate the number of expected years of good health. To calculate disease costs, a societal perspective was taken, including direct and indirect costs. Direct costs are those directly associated with the disease or related conditions including costs related to diagnosis and treatment. Indirect costs include employment related elements such as absenteeism, and productivity loss due to sickness.

For the UK, a diet containing soya is estimated to yield 159 QALYs and 100 QALYs per 1,000 women and men, respectively. Similarly, adherence to a plant-based Mediterranean-type diet also results in living longer in good health and cost-savings to society.

Professor Ian Rowland, professor in nutrition from Reading University, supported the findings of the new study. He said: “Emphasizing plant-based foods in your diet can help to improve nutrition and meet current dietary recommendations. More plant-based eating helps against a variety of diseases which many people are currently confronted with. In addition to the personal health benefits, it can also help reduce society’s healthcare costs.”

The report follows a report published by the Sustainable Food Trust in November – The Hidden Cost Of UK Food – which found that poor diets add 37p of healthcare costs to every £1 spent on food.