A new report by the Sustainable Food Trust has found that UK citizens pay twice as much for food than they realise due to hidden externalities of production. 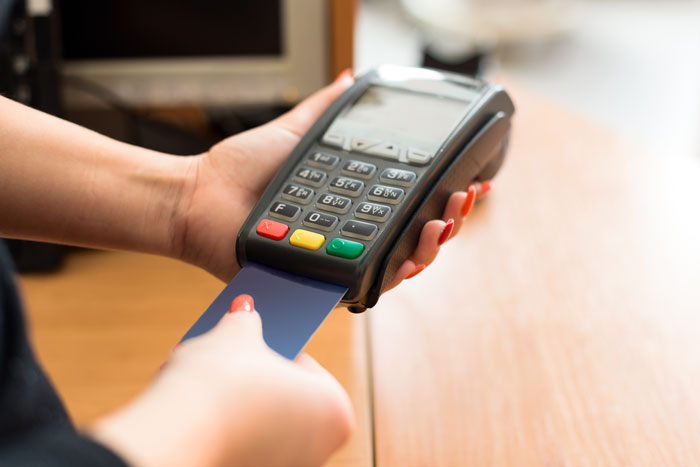 NOT-SO CHEAP FOOD: The report draws together all the externalities to come up with a new, shocking figure.

The Hidden Cost of UK Food finds that, for each £1 spent on food in the shops, consumers incur extra hidden costs of £1.

In addition to the £120 billion spent annually on food by consumers, the UK food system generates further costs of £120 billion, nearly 30 times higher than previous composite estimates have indicated. These extra costs are not paid by food businesses, nor are they included within the retail price of food. Instead they are passed on to society in a range of hidden ways – meaning that UK consumers are, in effect, paying twice for their food.

The most significant share of this total is made up by the impacts of intensive production methods, including environmental pollution, soil degradation, biodiversity loss and some health impacts. These account for an extra 50p of every £1 spent on food. Food-related healthcare costs, linked to poor diets account for an extra 37p. A high proportion of these extra costs are paid through general and local taxation, water charges, bottle water purchases, private healthcare insurance, and lost income.

Regulatory, administrative and research costs were found to account for a further 2.7p of every £1 spent on food in additional ways, with food imports to the UK accounting for an extra 7.8p for every £1 spent.

A particularly surprising finding was that taxpayers’ subsidies to farmers were found to be equivalent to just 2.5p of every pound spent on food in hidden ways, an unexpectedly low percentage of the total. The authors make the case for the continuation of taxpayers’ subsidy to farmers post-Brexit, but argue that the funds should be used to incentivise more sustainable methods of food production.

The Sustainable Food Trust published these findings in London at a breakfast briefing hosted by Brunswick and attended by senior representatives from the food and farming industries, leading scientists, policy-makers and civil society organisations.

Professor Jules Pretty, Professor of Environment and Society at the University of Essex, who spoke at the event, said: “This report is timely and important. It shows that current UK agroecosystems still produce considerable environmental externalities. They impose costs on others. We have known the concerns, and now we have some critical data. Some of the report’s recommendations are new, some long-standing. At their core is the suggestion that redesign of our agricultural and food systems could be a game changer, setting agriculture on a journey towards sustainability, but with a clearer sense of multiple food and environmental targets and much wider social benefits.”

The report argues that the failure of the UK food economy to account for these hidden costs has given rise to perverse incentives in the food system; where it is more profitable to produce and distribute food in damaging ways, than in ways which deliver environmental and public health benefits. Many food businesses keep their expenditure to a minimum by passing the cost burden of environmentally-damaging practices to the public sector, with taxpayers picking up the tab.

Patrick Holden, CEO of the Sustainable Food Trust, said: “There is a shadow food economy which we all contribute to without realising it. For every £1 we hand over at the till another £1 is quietly taken from us without our consent. The current UK food system thrives only because it does not account for the full costs of production or consumption, which are paid for in hidden ways.

“Those who pollute or degrade do not pay for the damage they cause. Conversely, those who farm more sustainably are forced to cover the higher cost of producing food in more beneficial ways. This means there is no business case for producers to adopt more sustainable approaches. The government can and must factor in these hidden costs and benefits in developing post-Brexit food and farming policies.”

The Sustainable Food Trust is calling for decisive policy action to internalise the hidden costs of food, in order to level the playing field between the most damaging food systems and those which are more sustainable. This report calls on the government to introduce taxes on the most harmful aspects of intensive agriculture, such as the use of nitrogen fertiliser. This would provide revenue to the state, which could be used to pay farmers to adopt food production approaches which have positive rather than negative impacts, such as practices to increase soil carbon sequestration.

Duncan Pollard from Nestlé, who also spoke at the event, said: “There is growing awareness within the food sector of the need to source foods produced in ways which care for soils and protect environmental and human health. The introduction of true cost accounting into agricultural policy could help food businesses to make sound decisions about how to assess and manage the impacts of their operations, and help to incentivise investment in agricultural commodities produced in environmentally sustainable ways.

“Importantly, this approach would ensure that food businesses operate within an economic landscape which rewards responsible sourcing practices. This research report is therefore a timely and welcome contribution to the discourse – providing not only a methodological approach, but also a considered estimate of the negative impacts of the UK food system.”