With 26 countries now either imposing or soon to be imposing a sugar tax, medics in Australia are calling for nation’s Government to follow suit. 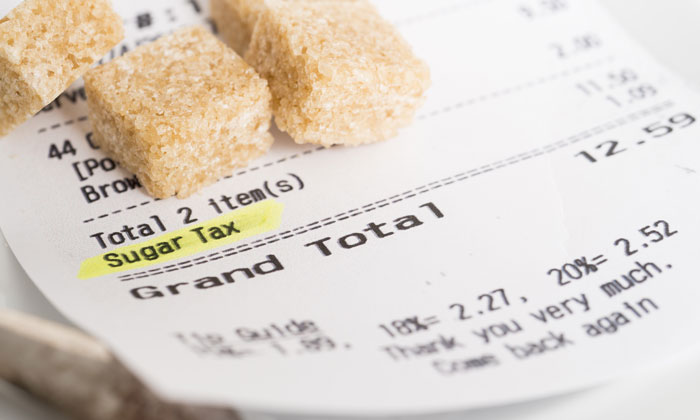 SWEET OR SOUR: The sentiment towards a sugar tax in the Australian political establishment is mixed

Health professionals in Australia have called on the Government to introduce a tax on sweetened drinks as a ‘matter of priority’.

The Australian Medical Association (AMA) reaffirmed its support for the sugar tax in its 2018 position statement on nutrition. Among the other recommendations contained within the statement, tailored to improve “the nutrition and eating habits of Australians”, are the introduction of measures preventing advertising or marketing junk food to children, promoting water as a default beverage option and increased Government investment in food literacy programmes.

“Energy drinks are popular among young people. These beverages also contain large quantities of caffeine and should not be readily available to those aged under 18 years. The AMA supports proposals to apply a tax or levy to sugar-sweetened beverages in Australia in order to reduce consumption.”

When interviewed on ABC Radio Sydney, Dr Michael Gannon, the President of the AMA, said: “We see this as comparable to the war on tobacco. We think that, bit by bit, we need to change behaviours.

“We need to drag Government to action with a variety of measures. One of the easiest to implement, and one of the simplest to call for, is a tax on sugar-sweetened beverages. We don’t think that’s the silver bullet to fix our obesity crisis, but it’s certainly part of the jigsaw.

Responding to a question on the introduction of better education surrounding sugar, Dr Gannon said: “If the Government did introduce a sugar tax, then we would not say that that should be yet another tax grab, it should be hypothecated for spending in health education programs, then it’s a double win.

“You not only get the deterrent that price signals are, and have been, in other parts of the world that have introduced a tax on sugar-sweetened beverages, but then you use those funds to educate the public, to help them make better decisions about the food they put in their mouths and in the mouths of their children.”

The Public Health Association of Australia (PHAA) on Monday came out in support of the AMA’s call to action. Michael Moore, CEO of the PHAA said, “The PHAA advocates for a health levy on sugar-sweetened beverages because the evidence shows it is an effective way to influence consumer purchasing behaviour away from these unhealthy drinks.

“There is much more awareness now of the damage which sugary drinks inflict on their consumers’ health, such as their direct correlation with obesity and the development of Type 2 Diabetes. While there has been an attempt at the message of consuming these discretionary foods and beverages in moderation, it has been ineffective in significantly reducing excessive consumption of sugary drinks.

“Twenty six other countries have already implemented a health levy on sugary drinks. A similar approach would be a substantial step forward for Australia to take to tackle soaring rates of obesity and associated non-communicable diseases.”

The level of the tax proposed is not directly referred to in the position statement. However, the Green Party, with one seat in the House of Representatives and nine in the Senate, set the mark at 20 per cent during its 2016 campaign.

In Government however, the reception has been less warm. The Government is currently made up of a three-party coalition with Malcolm Turnbull, Liberal Party leader, as Prime Minister. During the 2016 campaign a spokesperson for his party said there was zero chance of his Government introducing a sugar tax. In September he reaffirmed this rejection, saying instead that the focus should be on promoting healthy lifestyles.

Britain’s own sugar tax will come into effect in April. It divides the sugary drinks into two bands – more than 5g of sugar per 100ml and more than 8g per 100ml.