Berry wine, minus the alcohol, may offer help for those with diabetes

Posted: 2 November 2016 | University of Illinois College of Agricultural, Consumer and Environmental Sciences (ACES) | No comments yet

Blueberries, and berries in general, are among foods labelled as “diabetes superfoods” by the American Association of Diabetes… 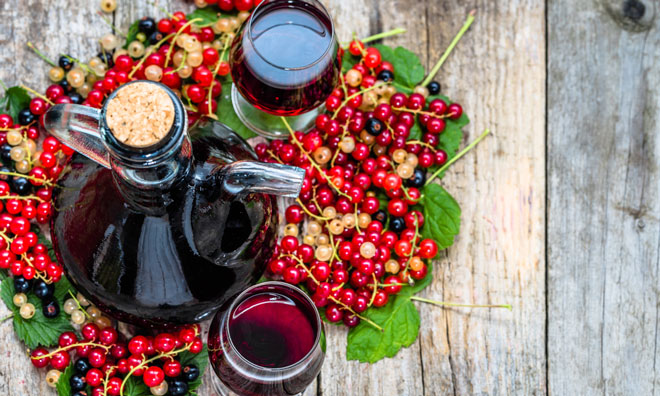 Blueberries, and berries in general, are among foods labelled as “diabetes superfoods” by the American Association of Diabetes. Food science researchers at the University of Illinois have found that fermenting berries may improve their anti-diabetic potential even more. Recent research at the University of Illinois includes the development of an alcohol-free blueberry-blackberry “wine” that those suffering from diabetes—who typically must avoid alcohol—can enjoy, while potentially reducing the effects of Type 2 diabetes.

“Unfortunately the number of people with diabetes is increasing astronomically around the world,” says Elvira de Mejia, a food chemist in the Department of Food Science and Human Nutrition at University of Illinois. “There are 100 million people around the world who have diabetes and that is increasing, without counting the ones who may be pre-diabetic and not know it.”

Previous research has shown that dietary blueberries may play a role in reducing hyperglycemia in obese mice, therefore de Mejia and colleagues wanted to determine if a fermented, de-alcoholised blueberry-blackberry beverage would enhance the potential of the phenolic compounds in the berries that are responsible for reducing diabetic markers.

A new study shows that the fermented berry beverage did reduce the development of obesity and blood glucose levels in mice on a high-fat diet.

The researchers had already determined that the berries, when fermented at low temperatures, resulted in an improved and higher concentration of anthocyanins. Anthocyanins, found in the pigments of fruits such as blueberries, grapes, and apples, have been shown to promote insulin sensitivity, decrease blood glucose levels in the blood, and enhance insulin secretion.

“We know that fruits, vegetables, cereals, legumes, and berries are good, but here we explain that after fermentation we improve and increase the concentration of these pigments [anthocyanins] and they are very high antioxidant components that benefit the body,” de Mejia says.

“In this in vivo study, as we increased the concentration of these anthocyanin-enriched extractions from blueberries and blackberries we saw an improvement in the uptake of glucose, meaning that the animals with the increased concentration were not as much in a state of hyperglycemia as the other animals.”

The beverage included a ratio of 70 percent fermented blackberries to 30 percent fermented blueberries. The berries were collected from varieties grown at University of Illinois’ Dixon Springs Agricultural Research Station in southern Illinois. Alcohol was removed from the beverage by rotoevaporation and was replaced with water. Some of the sugars left over after fermentation were also removed in the process.

“We optimised the best ratio between blueberries and blackberries. Blackberries are very unique and I think that’s one of the reasons why we selected a high concentration of them in this study. Blackberries have a very specific profile of anthocyanins, and that was amazing at lowering the absorption of glucose in this case,” de Mejia says.

“There are 100 million people around the world who have diabetes and that is increasing, without counting the ones who may be pre-diabetic and not know it.”

During the study, groups of mice with diet-induced obesity and hyperglycemia were given the fermented berry beverage or the beverage with higher or lower enriched concentrations of the anthocyanins (0.1x, 1x, or 2x). Another group was given sitagliptin, a commonly used medication for diabetes, and another group was given water only. All groups ate the same diet, calories, and amount of sugars otherwise.

While benefits were seen in all groups drinking the fermented beverage, de Mejia says the group on the highest concentration of anthocyanins (2x) showed the greatest results, comparable to what was observed in the group on sitagliptin. This included no increase in body weight, which de Mejia says was a surprise.

“That was not our objective really, we were just looking for markers of diabetes,” she says. “But it was very impressive to see.”

The researchers also observed that glucose was deposited into tissue more than absorbed by and present in the blood, as well. “You want to avoid high glucose in the blood stream, and you want uptake into muscle, liver, and organs, and to keep the level in plasma and blood normal. We saw a reduction of glucose in the blood with the beverage, even in the beverage before it was enhanced,” de Mejia says.

Regarding the mechanism of action in reducing the diabetic effects, de Mejia says that the antioxidant power of the anthocyanins plays a very important role. “Markers of inflammation went down too. That’s very, very, important. They are correlated. With obesity, less fat means less inflammation, and less oxidative stress. I think it is more toward that pathway of lowering oxidative stress and inflammation and lowering fat.  It was very surprising to us,” she adds.

Producing this berry wine, complete with the benefits of fermentation but without the alcohol, provides an opportunity for wine makers, de Mejia says.

“There are some bigger wineries/companies that are producing de-alcoholised wine for diabetics, but from grapes. It is available in California, for example.  I think the novelty of this work is mainly the combination of the blackberries and blueberries and the concentration of anthocyanins as part of the pigment. But it is perfectly doable and I hope that companies can see that there is a market. And it’s delicious,” she adds.

While the berry wine may not be able to replace medications for diabetics, de Mejia says it could help reduce the amount of medication needed; always under the doctor’s supervision and approval.

“There needs to be more studies to see how the anthocyanins work in the presence of medication, to see if they work synergistically, for example. Then, maybe, you could decrease the amount of the drug. All of these drugs for diabetes have adverse effects after so many years of use, even the safest ones.

“We need to consider diet, exercise, lowering body weight, and all the different strategies that the American Association of Diabetes recommends, and maybe in the long run, of course with approval of a physician, you could decrease the level of the drug to keep glucose under control.”

By University of Illinois College of Agricultural, Consumer and Environmental Sciences (ACES)