The quality of your sausage has much to do with how it began its fermentation process, a team of Italian researchers has discovered. 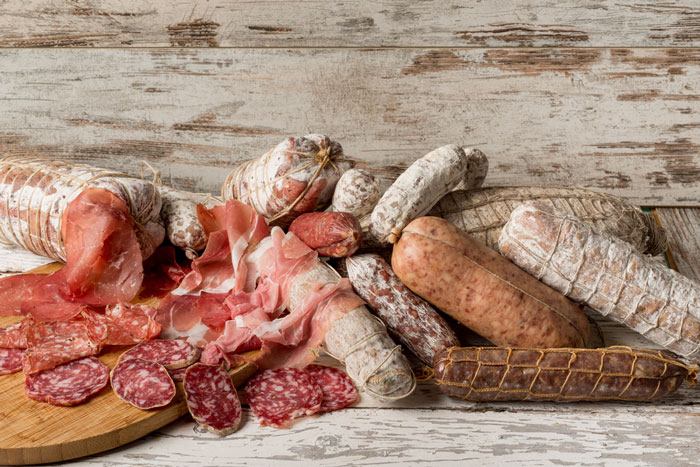 As with the proverbial cat, there’s more than one way to ferment a sausage. But which way you choose has a big impact on flavour a study has found.

The research, published on December 1 in Applied and Environmental Microbiology, a journal of the American Society for Microbiology, showed that spontaneous fermentation produced a higher quality piece of meat than using a commercial starter culture.

In the former, would-be sausage makers allow the meat to use its own microbes to prime the fermentation process. In the latter, bacteria is provided for them.

She added: “More rigorous controls have to be implemented in order to guarantee the product’s safety. This is why the use of starter cultures makes fermentation much easier.”

The study’s purpose was to gain a better knowledge of the microorganisms, metabolic pathways, and biochemical reactions in each process, knowledge that might be used to mitigate their shortcomings, and improve the sensory qualities of the final product—taste, smell, mouth feel, etc.

Using Next Generation Sequencing techniques, the investigators identified the relevant microbes and mapped the metabolic pathways. Additionally, they used another methodology that couples gas chromatography with mass spectrometry (GC-MS) to determine and quantify the metabolites produced during fermentation.

“Next generation sequencing makes it possible to determine which microbes are present in complex ecosystems, and what they are doing,” said Dr. Cocolin.

For example, the investigators found an increase in the density of lactic acid bacteria and Staphylococcaceae in the inoculated meat samples, as compared to the meat that fermented spontaneously. In the latter, Lactobacillus sakei, and L. curvatus were the most abundant taxa. The so-called Kyoto Encyclopedia of Genes and Genomes (KEGG) analysis the investigators performed, mapped 1,774 genes within 21 metabolic pathways.

“The over-activity of the starter culture-inoculated sausages resulted in increased acetic acid and short chain fatty acids,” said Dr. Cocolin. These compounds added notes that Dr. Cocolin described as “pungent, vinegar, cheesy, and weedy,” that resulted in a final product that was less than salutary.

“My laboratory has been involved in meat fermentation since the ‘90s, and considering the importance of the fermented sausage in Italy, at gastronomic, traditional, and economic levels, we wanted to investigate better the role of spontaneous biota and inoculated starters in the fermentation process,” said Dr. Cocolin.

“A deeper knowledge of the fermentation process allows the food producers to control better the microbiota, generating final products with high quality and safety,” said Dr. Cocolin. By modulating the activity of the microorganisms it will be possible to produce fermented products with different sensory profiles, which will enable production of a larger diversity of products.