New reductions announced by Kellogg’s will mean that between 2017 and 2018 the amount of sugar in Coco Pops will be cut in two, news welcomed by sugar-reduction campaigners. 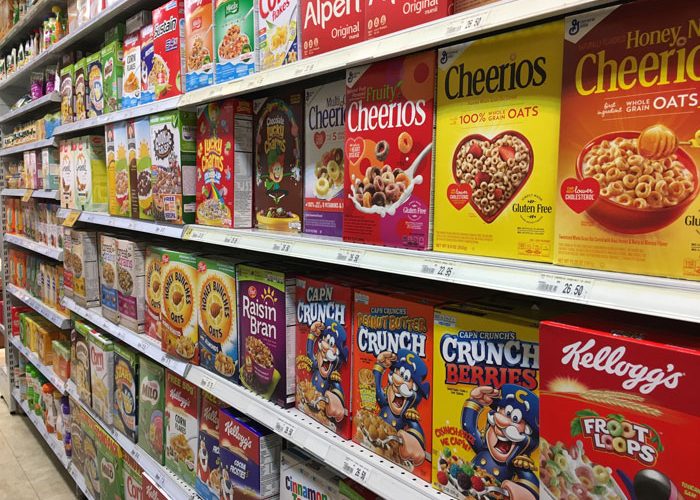 SUGAR SLASH: Yesterday Kellogg's UK announced the launch of its Better Starts Plan which, by the end of 2018, will overhaul its breakfast cereals to help people in Britain make healthier choices in the morning.

The world’s largest cereal manufacturer has announced cuts to sugar levels in three of its best-selling kids’ products.

Sugar in Kellogg’s Coco Pops cereal, one of the best-selling cereals in the UK, will come down by 40 per cent (from 30 grams per 100g to 17 grams).  This is following a reduction of 14 per cent earlier this year, meaning that from 2017 to 2018, it will have halved the sugar in Coco Pops.

The company has been able to do this after its food development team came up with clever ways to maximise flavour by using the simple ingredients of cocoa and grains to maintain taste, while reducing sugar, without using artificial sweeteners.

In a further show of how it’s helping people make healthier choices in the morning, Kellogg’s will stop making Ricicles cereal in January, 2018.   It will also no longer run any children’s on-pack promotions on Kellogg’s Frosties, in recognition of the fact that this cereal now tends to be eaten by more adults than children in the UK.

Kellogg’s has listened to people and worked hard to meet rising demands for more choice at the breakfast table while providing tasty cereals all of us can enjoy.  While Kellogg’s UK does not use artificial colours, over the next year the company will remove all artificial preservatives from its breakfast foods.  It will also launch a new plant-based cereal range called WK Kellogg which includes no added sugar, low sugar, organic and vegan options.

Oli Morton, Kellogg’s UK, managing director, comments: “Kellogg’s has a long tradition of helping improve the nation’s diet – from pioneering high fibre foods in the early 1900’s to adding folic acid to our products in the 1970s; from launching a long-term salt reduction plan in the late 1990s, to adding vitamin D to all our kid’s cereals in 2000s.

“We know we have a responsibility to continuously improve the nutrition of our food.  We recognise, based on national dietary survey data, that people are eating too much sugar at breakfast and throughout the day and that people need more options, such as organic and vegan.

“That’s why today we are announcing more changes to our foods so that we can continue to support people in making better choices.  Our shoppers have told us that taste is still important to them so we’ve worked hard to ensure that our new recipes are just as delicious.

“We will continue to listen to people about how we can improve our food.”

Jenny Rosborough, Registered Nutritionist and Campaign Manager at Action on Sugar said: “We are encouraged by Kellogg’s sugar reduction plans and the recent changes they’ve made and would now like to see this ambition rolled out across their whole portfolio of cereals. It is crucial that manufacturers take responsibility for the nutritional quality of cereals they’re selling and how they market them, particularly to children. We’d like to see Kellogg’s implement front of pack colour coded labelling to support parents in choosing their lower sugar and salt cereals more easily.”