Human behaviours could lead to nutritional deficiency in hundreds of millions

A leading academic has said that urgent environmental action is needed to safeguard human health. 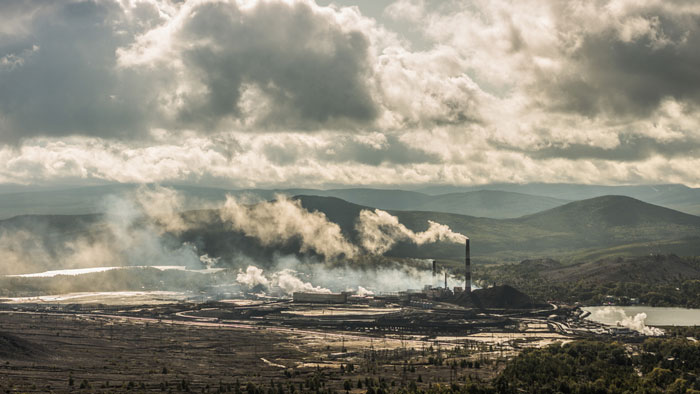 Dr Samuel Myers, Principal Research Scientist at Harvard T.H. Chan School of Public Health and the Director of the Planetary Health Alliance, spoke at the Academy of Medical Sciences and The Lancet International Health Lecture in London this evening (November 13).

He stressed that human behaviours, such as pollution and overconsumption of the Earth’s natural resources, are intensifying almost exponentially.

Among the examples he will give of how our changing planet may pose a serious risk to human health in the future is the result of growing crops in fields where the concentration of carbon dioxide in the air is high.

Plants grown in these environments can contain lower quantities of iron, zinc and protein. This, he warned, could push 150 – 200 million people into the onset of zinc deficiency, and a similar number into protein deficiency.

He also warned that the decline of insect pollinators could increase global disease burden as a result of reduced intake of vitamin A, folate, and food groups such as fruit and vegetables that protect against diseases such as cancer, diabetes, heart disease and stroke. A total collapse of animal pollination could result in 1.4 million excess deaths annually.

He stressed that current research funding levels are inadequate to deal with the seriousness of the issues facing us. He also said that, currently, what funding is available is distributed via disciplinary silos or for study of individual diseases, and that this limits the ability of science to look at the bigger picture

He said: “We are already seeing significant impacts on human health from our changing planet, and this will only get worse as pollution, climate change and overconsumption increases. The challenges we face are quite unlike anything scientists have had to deal with before.

“To deal with such pressing and urgent challenges we may need a whole new science, where researchers work across traditional boundaries. Land use planners, urban designers, ecologists, civil engineers and agronomists are just as important to solve these problems as scientists, doctors, nurses and epidemiologists.

“The next generation of planetary health researchers will need to turn away from purely academic questions, looking instead to create new partnerships to address the complex challenges facing society.”

Dr Myer’s lecture will be published in The Lancet to coincide with the event.

Dr Richard Horton, Editor in Chief of The Lancet, said: “The challenge for our species is one of survival. We have created the conditions for extraordinary human flourishing and success. But we have also sown the seeds for planetary catastrophe. Do we have the ingenuity to change course and protect the future for our children and grandchildren? The answer to that question is not certain. And time is running out to discover the answer.”