A team of researchers has shown zinc oxide nanoparticles do not pose a toxicity risk to crops as feared, but they don’t seem to have any special benefits either. 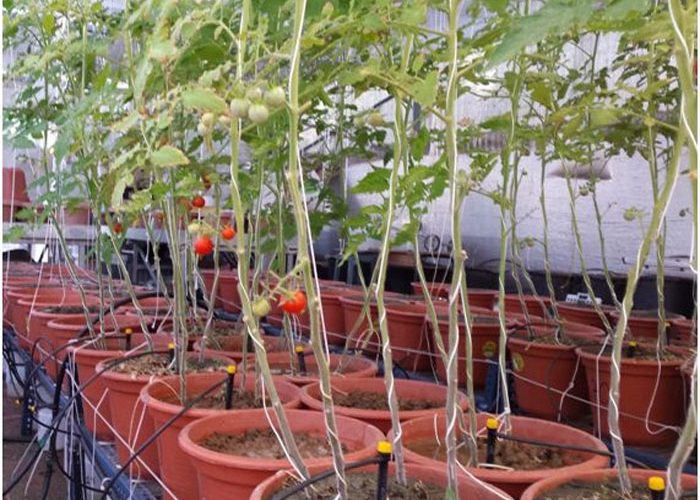 WHAT GOOD DOES IT DO: The study suggests the nanoparticles are not toxic, but does not highlight any specific benefits

The study was carried out at the School of Agricultural, Food and Biosystems Engineering (ETSIAAB) at the Universidad Politecnica de Madrid (UPM) and was published on Monday.

It details the result of an experiment where zinc oxide nanoparticles were used as fertiliser for tomato and bean plants.

The researchers found the benefits to vary over a range of factors including exposure time and soil pH, meaning there was no clear advantage over traditional fertilisers but, crucially, they did not find the fertiliser posed a toxicity risk to the vegetation or people.

Zinc oxide nanoparticles have attracted a certain degree of interest in recent years. This is primarily focused on zinc oxide’s ability to block ultraviolet light, a trait responsible for one of its most common human applications, sunscreen, and its possible use as a source of zinc. The metal is a key component to enzyme and protein production in plants.

The term ‘nanoparticles’ generally refers to molecules between 10 and 100 nanometres in diameter surrounded by an interfacial layer, a layer of different quality than the substance contained within. Their benefits as far as fertilisers are concerned generally refer to the fact that they have a bigger surface area than bulkier alternatives, but their size comes with a certain degree of potential danger.

It is possible that the nanoparticles may accumulate in feed, and may ultimately enter the human food chain. One of the main problems with this is that zinc oxide has a tendency to develop free radicals or reactive oxygen species that can cause oxidative stress.

The experiment consisted of cultivating tomato and bean plants in two soils with different characteristics – an acidic solid and a calcareous soil with a basic pH. Different doses of the fertiliser were applied to study the particles effect on plants.

The potential levels of zinc made available by the fertilisers was estimated through a chemical extraction of soil with a mixture of weak organic acids that simulated the mixture of acids secreted by the root system of plants.

Leaf samples were taken at intervals to establish the accumulation of zinc and determining alterations in the biochemistry of the plants.

As a control, two other products traditionally used as zinc sources were applied to crops: zinc oxide powder with a conventional particle size and zinc sulfate.

There was no substantial difference against the traditional treatment with regards to to bioavalability of zinc, the accumulation of the mineral in the leaf, nor in the possible toxicity for both plant species.