Exposure to controversial herbicide doubled in less than 25 years

A study has found that Americans are significantly more likely to be exposed to glyphosate than they were when genetically modified ‘Roundup Ready’ crops first went on the market. 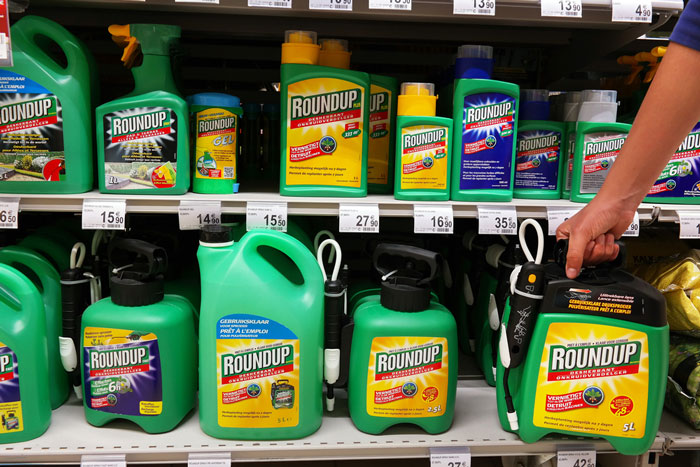 TROUBLE AHEAD: Glyphosate is widely used but in recent months, previously-trusted research into its safety has come under scrutiny.

The finding comes with the latest urine analysis in a 25-year project focused on 100 people living in South Carolina.

Scientist at University of California San Diego School of Medicine studied the samples on five different clinical visits starting in 1993, just before Monsanto began selling genetically modified seeds that were resistant to their pesticide marketed as Roundup.

Use of this herbicide has increased approximately 15-fold since 1994 when the genetically modified “Roundup Ready” crops were introduced.

Historically, it is used on genetically modified soy and corn, but it is also sprayed on a substantial portion of wheat and oats grown in the U.S.

“The data compares excretion levels of glyphosate and its metabolite aminomethylphosphonic acid (AMPA) in the human body,” said Paul J. Mills, PhD, UC San Diego School of Medicine professor of Family Medicine and Public Health and director of the Center of Excellence for Research and Training in Integrative Health.

“Our exposure to these chemicals has increased significantly over the years but most people are unaware that they are consuming them through their diet.”

Samples were extracted from the Rancho Bernardo Study of Healthy Aging (RBS), a prospective population-based investigation started by Elizabeth Barrett-Connor, MD, Distinguished Professor of Family Medicine and Public Health at UC San Diego School of Medicine and a co-author of the study.

In July, glyphosate was listed by California as a carcinogen. As exposure to this chemical has increased, interest in how much risk it poses to human health and what exposure levels are safe has become a topic of ongoing debate.

There are few human studies on the effects of glyphosate, but animal studies demonstrate that chronic exposure to glyphosate-based herbicides can have adverse effects, said Mills. The authors point to other studies in which consistently feeding animals an ultra-low dosage of glyphosate resulted in liver disorders similar to nonalcoholic fatty liver disease in humans.

Mills said there is an urgent need for studies to thoroughly examine the impact on human health of the increasing exposure to glyphosate from the foods people eat.

The Herbicide Awareness & Research Project, an ongoing UC San Diego research programme through which individuals can get their glyphosate level determined, will be looking more deeply into the RBS study to examine potential longitudinal associations with glyphosate exposure and clinically-relevant outcomes.

“The public needs to be better informed of the potential risks of the numerous herbicides sprayed onto our food supply so that we can make educated decisions on when we need to reduce or eliminate exposure to potentially harmful compounds,” said Mills.

Last week, glyphosate made headlines on the opposite side of the Atlantic after the European Union’s parliament failed to reach a consensus on relicensing the chemical.