Research concludes that far from an exercise in apathy, behind the human willingness to eat meat lies an involved belief system linked to hierarchical structures. 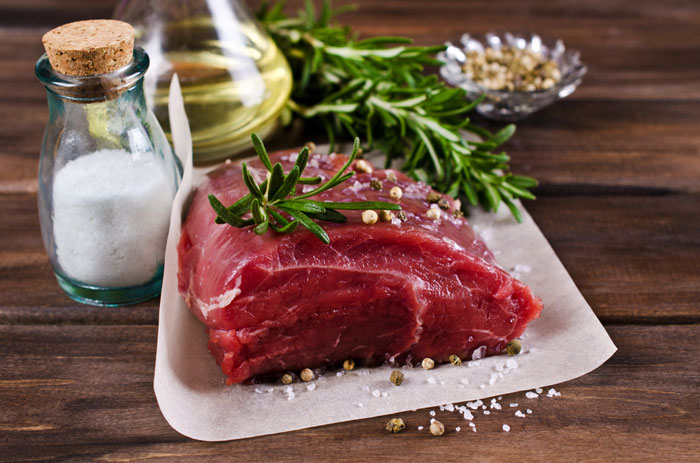 THE MEAT OF THE MATTER: Carnivores often believe in a hierarchical systems

The first international survey into the attitudes of meat eaters has found the preference may be more than a matter of taste.

Three teams of researchers have concluded after questioning nearly 1000 carnivores in total that it also necessarily involves beliefs that the killing and eating of animals is justified.

The teams from Johannes Gutenberg University, Cornell University and the University of Massachusetts developed a questionnaire that enabled them to assess what these beliefs were.

It also allowed them to differentiate between two aspects of their ideology – that it was justified and that humans have a natural position of dominance over animals.

As a result, the psychologists confirmed that meat eating is associated with attitudes that endorse hierarchical structures. Their findings have been published in the eminent specialist journal Appetite.

People’s most common answer to the question why they eat meat is because it “tastes good.” However, the theory of carnism postulated by Melanie Joy social psychologist and vegan activists assumes that there is an underlying belief system that preconditions people to eat certain animals while paradoxically treating others as inedible, such as pets.

The German-American team empirically investigated this carnistic viewpoint for the first time.

Dr. Tamara Pfeiler of JGU’s Institute of Psychology and Christopher Monteiro of Cornell University, the two primary authors of the published article, first developed a questionnaire, the so-called Carnism Inventory, in order to investigate specific attitudes. In the survey, participants were asked questions such as whether people should continue to eat meat because they have already been doing so for thousands of years, whether eating meat is better for their health, whether meat production causes animals to suffer, and whether human beings have the natural right to kill animals.

“We came to the conclusion that, just as in the case of vegetarianism and veganism, there is an underlying set of beliefs underpinning the eating of meat,” said Dr. Tamara Pfeiler.

The survey findings also differentiate between two different forms of outlook. On the one hand, carnism offers a justification for the eating of meat and there is a correlation between the extent of meat consumption and the belief in this justification; on the other hand, carnism also proposes that humans are naturally dominant and are thus allowed to kill animals for meat, while this process is actually determined by the fact of whether an animal has already been slaughtered for the purposes of meat production.

There are also correlations between carnistic beliefs and specific political and social attitudes that tend to be more conservative and favor the establishment of hierarchies within human groups.

Dr Pfeiler added: “Carnistic beliefs also seem to be associated with an attitude that approves of dominance within social structures and could thus encourage the development of prejudices towards certain social categories. However, this does not mean that meat-eating people are automatically more likely to exhibit prejudice towards other groups of people,”

There are correlations but no evidence of a causal relation. Future investigations are planned in order to establish the precise links between carnism, the consumption of meat, and the acceptance of hierarchical structures.