According to findings from NatCen’s British Social Attitudes survey, a further one in ten said they were considering reducing their meat intake or cutting meat out completely… 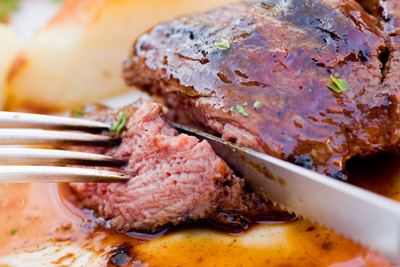 Three in ten people in Britain say they have reduced the amount of meat they eat in the past 12 months, according to findings from NatCen’s British Social Attitudes survey. As well as asking people about their meat-eating habits, researchers also asked people who had given up meat, reduced their intake or were thinking about doing so, what had influenced their decision.

Half those who reduced their meat intake cited health reasons

People were asked to pick reasons from a list and could give as many reasons as they liked. Over half of people in this group cited health reasons as a reason for consuming less meat. Other reasons for reducing meat consumption included saving money (mentioned  by 21% of people), concerns over animal welfare ( mentioned by 20% of people) and concerns around food safety in relation to meat (mentioned by 19% of people).

Ian Simpson, Senior Researcher, NatCen Social Research said: “A significant number of people in Britain, amounting to many millions,, told us that they have reduced their meat consumption over the past 12 months.  Many people in Britain are clearly concerned about eating too much meat and the primary driver of this concern appears to be concerns about health. High-profile news stories, like research highlighting the health risks of processed meat and the horse meat scandal, could be behind this behaviour, as may Department of Health guidance around reducing meat consumption. Since we collected the data, the World Health Organisation has classified processed meat as carcinogenic, suggesting we may see even more people cutting down on meat in the future.”