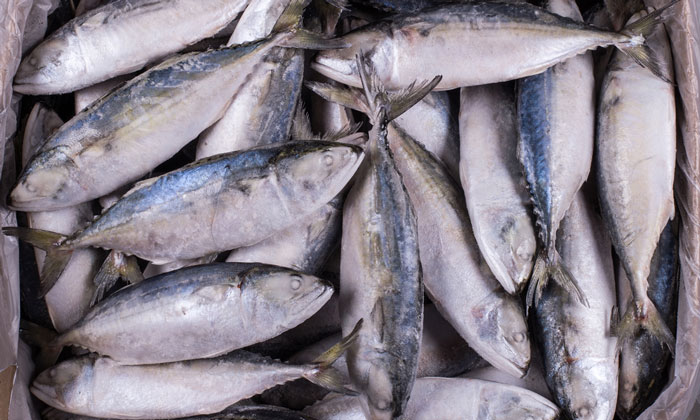 The experts state that people today do not know the real exposure, via the food we consume, to these toxins, which can affect different organs and which can be transferred to the water used for cooking

A group of researchers from the Area of Toxicology in the Department of Nutrition and Bromatology. Toxicology and Legal Medicine at the University of Seville has published a globally pioneering study that shows that steaming freshwater fish for more than two minutes reduces the presence of cylindrospermopsin, a cyanotoxin, by up to 26%. However, if boiled, the reduction is smaller, 18%, with the corresponding increase in risk for the consumer. Another important conclusion from their research was that these biotoxins, which are harmful for the body, pass into the water that has been used for cooking.

This study, which has been published in Food Control, one of the most influential reviews internationally in this area, centres on a species of freshwater fish, tilapia. And specifically, the cyanotoxin analysed was cylindrospermopsin.

“Cyanotoxins are produced by a group of bacteria called cyanobacteria, which are mainly found in freshwater. They are emerging toxins, which currently need to be tested to evaluate the risks that their presence in water and food might cause for humans and for the environment”, explain the study’s main researchers, the Professors of Toxicology from the University of Seville, Ana María Cameán and Ángeles Jos.  Ana I. Prieto, Remedios Guzmán-Guillen and Sara Maisanaba, from the Group of Toxicology Researchers, also participated in the study.

In the published study, it was also observed that the concentration of this cyanotoxin after cooking would not have consequences for public health, as establish by the Provisional Tolerable daily Intake established by the WHO. “Our results show that it is not recommendable to eat raw freshwater fish, that it should be cooked, and better steamed than boiled, for more than two minutes and that the water used for cooking should not be used for stocks, as it contains water-soluble toxins, which are transferred from the fish to the water”.

Cyanotoxins can be found in plant-based foods, which have been watered with water that contains them. The same is true of cereals, fish and shellfish that have been contaminated before becoming part of the food chain. It has been shown that this cyanotoxin, which is increasingly more common globally, can affect organs like the liver, kidneys, heart, intestines, lungs and brain, among others, in animals. In humans, the effects of ingestion include hepatoenteritis, headaches, diarrhoea, dehydration, and kidney damage, among others.

The European Food Safety Authority has recently published a report in which it brought to attention the lack of scientific studies on the transference and bioaccumulation of cyanotoxins in fish and other foodstuffs, as well as the absence of a thorough evaluation of their toxicity.

“It is fundamental to continue investing research resources in this area, as the real exposure to consumers is not known, and therefore the risk is also unknown”, added the researchers, who also said that they are working on the evaluation of other cooking techniques such as cooking on a griddle and in microwaves; in the study of cyanotoxins in plants, as well as in studies to characterise the toxicological profile of these toxins, following the recommendations of the EFSA.

This research project is financed by the Ministry of Economy and Competitiveness and has funds from the ERDF.

In collaboration with CITIUS

This project was carried out in close collaboration with the General Service of Mass Spectrometry Research, situated in the Centre for Research, Technology and Innovation of the University of Seville (CITIUS), where, as well as the determining of the toxin in fish, by means of the optimization of a method, the extent of its degradation has been determined, according to whether the fish is steamed or boiled.

“We wanted to know what would happen to the toxin after cooking. To discover this, we used a hybrid quadrupole-orbitrap mass spectrometer, capable of acquiring a resolution higher than 70,000 FWHM at 200 megahertz with a UHPLC chromatography system. This allowed us to determine the molecular formula of the compounds with a tolerance of less than 5 ppm,” explains the researcher Rocio Valderrama from the Mass Spectrometry Cryogenics Service at the University of Seville.

By New Food, University of Seville