Dairy on the go is the order of the day in Asia, as market demand drives investment in some of Fonterra’s most popular value-added products. 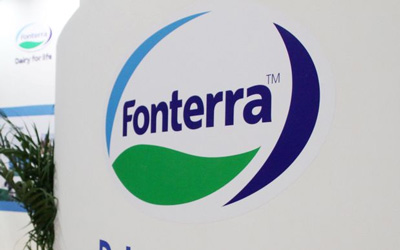 The Co-operative has taken another strong step forward on its commitment to drive more milk into value-added products, announcing an investment of almost $20 million at its Te Rapa site to meet growing demand for cream cheese and mini-dish butter.

Robert Spurway, Chief Operating Officer Global Operations, says the growth in demand is further demonstration of a shift in food preferences in China and across wider Asia.

“Much of the demand we’re seeing for products like the mini-dish butter is from hotels, restaurants and commercial kitchens in China – all out-of-home eating experiences where consumers are choosing dairy to complement their meal,” says Mr Spurway.

“Where in the past, many of these markets have trended towards non-dairy creams and spreads, we’re seeing a real desire for natural dairy in both food preparation and at the table. And while the food-service aspects are important, it is the latter that is really exciting – consumers actively choosing to incorporate more dairy into their daily diets.”

China is the greatest growth driver for Fonterra’s successful consumer and food-service business with a 40 per cent increase in volumes for the financial year to date compared to the same period last year.

“So this expansion is all about responding to the market, investing in building capacity and delivering on our value-add strategy by converting more milk into higher-returning products. It will also give us more choices in the products we’re able to make so we can be more responsive to our customers.”

The new butter line will see production more than double from 250 million to 650 million mini-dishes per year.

Meanwhile the additional cream cheese line will increase plant capacity from 30,000 tonnes to 33,500 tonnes per year, as well as add capability to manufacture 5kg blocks in addition to the 20kg ones currently produced.

As one of Fonterra’s top five manufacturing sites nationwide, Te Rapa employs around 500 staff and produces 80,000 tonnes of cream products per year.