Wine and wastewater: How to optimise sludge treatment

Posted: 10 October 2016 | Fraunhofer-Gesellschaft | No comments yet

Fraunhofer-Gesellschaft detail the challenges of wine wastewater treatment, articulating the importance of adaptation to the surrounding environment… 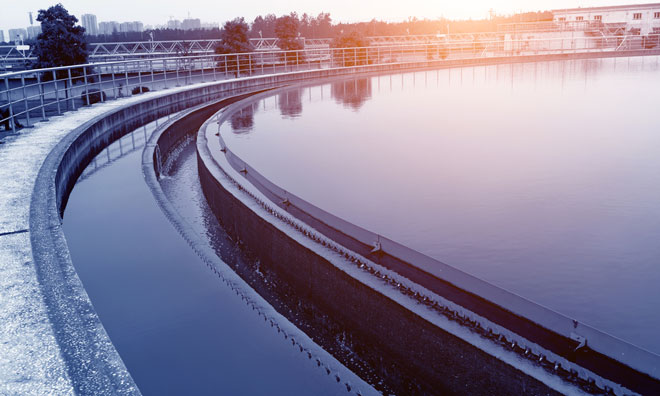 Wine harvesting season is a challenge for wastewater treatment plants. When the grapes are being processed, the effluent load rises steeply – by a factor of 17 in the Palatinate town of Edenkoben. High-load anaerobic digestion provides a flexible solution that cuts power consumption by 20 percent, generates over half of the required electricity on site and greatly reduces sewage sludge volumes. When the vines are heavy with juicy, ripe grapes, it’s time for the wine growers and their harvest workers to turn them into wine. But the grape-crushing process produces a large quantity of polluted wastewater that challenges the capacity of the local treatment plant.

This is also the case in the wine-growing community of Edenkoben in the Palatinate region of Germany. Whereas the load on its wastewater treatment plant doesn’t exceed 7000 person equivalents (PE) on a normal Sunday or public holiday, it can rise to as high as 120,000 PE during the harvest – 17 times as much.

This increase in the effluent load also pushes up the plant’s power consumption, which can surge to three times the normal level at harvesting time. Small-scale wastewater plants use a technique known as aerobic stabilisation to prevent the sludge produced during wastewater treatment from developing unpleasant odours. This involves prolonged aeration to stabilise the sludge. The downside is that the aeration system consumes a lot of energy.

Edenkoben’s wastewater treatment plant has operated far more efficiently – and not only with regard to power consumption – since the introduction of the high-load anaerobic digestion, a process developed by researchers at the Fraunhofer Institute for Interfacial Engineering and Biotechnology IGB in Stuttgart.

“We converted the plant to a process based on high-load anaerobic digestion with the help of colleagues from several engineering companies. The new process implemented in Edenkoben has numerous advantages. First, it generates energy instead of merely consuming it. Second, it reduces the quantity of sludge that would otherwise have to be disposed of at great cost,” explains Fraunhofer IGB scientist Dr. Werner Sternad.

Energy consumption is 20 percent lower because the process doesn’t require a power-hungry aeration system. Of the power actually consumed, 50 percent or more is generated from sewage gas on-site in two cogeneration units. This means that less than half of the electricity the wastewater plant needs is bought in. Sludge disposal is another area in which it has been possible to slash costs. In the past, the sludge had to be dewatered on a daily basis.

Anaerobic digestion produces so little sludge that now the filter press runs only twice a week, except during the wine harvest.

One of the researchers’ main priorities was to design a solution for Edenkoben adapted to the local situation, namely wide seasonal variations in the effluent load. “We installed two digestion tanks, which can be operated in parallel during the wine harvest, or in series at other times of the year. This makes it possible to adapt the process flow to the volume of sludge produced and optimise sludge treatment,” reports Sternad.

The new plant entered service in early 2016. When operating in series mode, it is processing approximately 40 cubic meters per day. During the wine harvest, however, it can now go up to 130 cubic meters.

“It also saves energy, produces its own electricity, and greatly reduces the quantity of sewage sludge for disposal.”