The Californian drought is having damaging effects on the state, including withering essential winter crops, and contributing to food inflation. 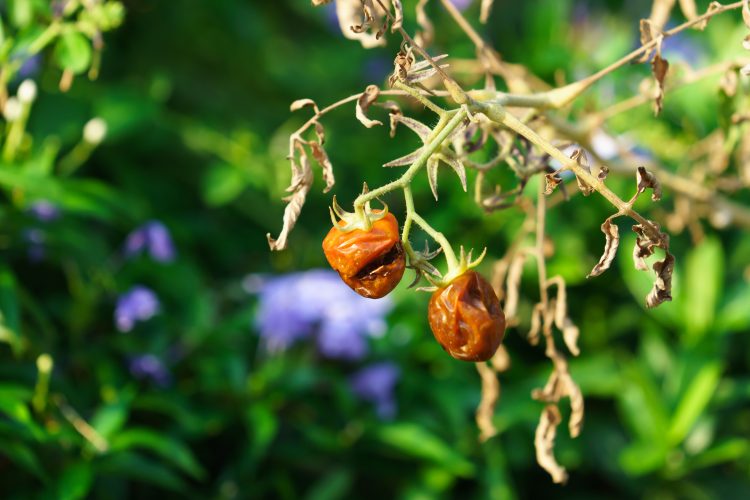 The ongoing drought in California first started in 2020 but continues to impact food supplies, with tomatoes, onion and garlic taking the brunt of the lack of rainfall.

The US Drought Monitor has reported that 94 percent of California has fallen under the severe, extreme, or exceptional drought categories, impacting more than 37 million people.

This has proved to be a huge concern for food security, with the price of key crops expected to inflate because of limited production rates.

With California typically producing more than one third of the US’ vegetables and three quarters of its fruit and nuts, there is growing concern for the agricultural limitations caused by the drought on the state.

Don Cameron, President of the California State Board of Food and Agriculture told Reuters: “There’s just not enough water to grow everything that we normally grow.”

Tomato production has been particularly affected by the drought. A United States Department of Agriculture (USDA) report has reduced this year’s production projections for California’s processing tomatoes by two percent. The 2022 forecast for processing tomatoes has been decreased to 10.5 million tonnes, a 10 percent decrease from the original 12.2 million tonne prediction earlier in 2022.

What’s more, the USDA has recognised the 2022 harvest flow of tomatoes has been consistently below the flow in 2021. The Processing Tomato Advisory Board has published shipments throughout August 2022 which witnessed a five percent decrease compared to the end of August in 2021.

Tomatoes are not the only crop that has suffered. Both onions and garlic sales are expected to be impacted by the drought too.

The lack of these essential crops could contribute to the already steep food inflation rates. The USDA has reported that the CPI for all food increased 0.8 percent from July 2022 to August 2022. Furthermore, food prices were 11.4 percent higher than in August 2021. This means that consumers might have even more to add to their growing list of food buying concerns.

Looking to the future, a method of tackling potential drought-induced future food shortages may be to turn to technology. The University of California Irvine has encouraged the use of technology including desalination, satellites, filtration of storm water, anti-leak products, cloud seeding drones and micro drip irrigation to navigate the weather instigated food crisis.

Reuters, The Processing Tomato Advisory Board, The United State Department of Agriculture (USDA), The US Drought Monitor, University of California Irvine

Reuters, The Processing Tomato Advisory Board, The United State Department of Agriculture (USDA), The US Drought Monitor, University of California Irvine