Governor of California Gavin Newsom has signed the bill into law, which has not been without its opposition on its way into the statute book. 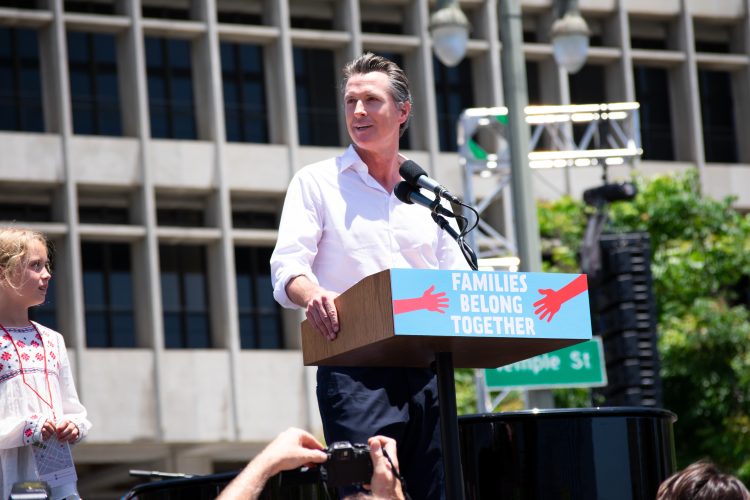 Governor Gavin Newsom has signed the bill into law amid opposition

California’s Fast Food Accountability and Standards Recovery Act has been signed into law by governor Gavin Newsom, one week on from the controversial bill passing through the two chambers of California’s legislature.

“California is committed to ensuring that the men and women who have helped build our world-class economy are able to share in the state’s prosperity,” said Governor Newsom.

“Today’s action gives hardworking fast-food workers a stronger voice and seat at the table to set fair wages and critical health and safety standards across the industry. I’m proud to sign this legislation on Labor Day when we pay tribute to the workers who keep our state running as we build a stronger, more inclusive economy for all Californians.”

The bill will see a Fast Food Council created, made up of employers, franchisees, and employee representatives to set standards on things such as minimum wage and maximum work hours.

Perhaps the most eye-catching aspect of the bill is the council’s ability to raise the minimum hourly wage from $15 to $22 – a figure the fast food industry says is too high and will increase costs for consumers.

“By signing this bill, Gov. Newsom is siding with special interests rather than the people and small businesses of California,” said International Franchise Association (IFA) President and CEO Matthew Haller.

“This bill has been built on a lie, and now small business owners, their employees, and their customers will have to pay the price.

“This bill is a fork in the eye to franchise owners and customers at a time when it hurts most. IFA continues to hear over and over how local franchises do not know how they will be able to make it once this bill goes into effect. Underrepresented communities will be hit hardest.”

The eyes of the world, and in particular other blue states (with Democrat majorities), will be on California to see how the FAST Act changes the Californian Quick Service sector. Could we soon see similar bills passed in the likes of New York, Massachusetts or Oregon? Time will tell.