Flooding has left millions in Pakistan at a very real risk of food insecurity as harvested crops washed away and livestock killed by floodwater. 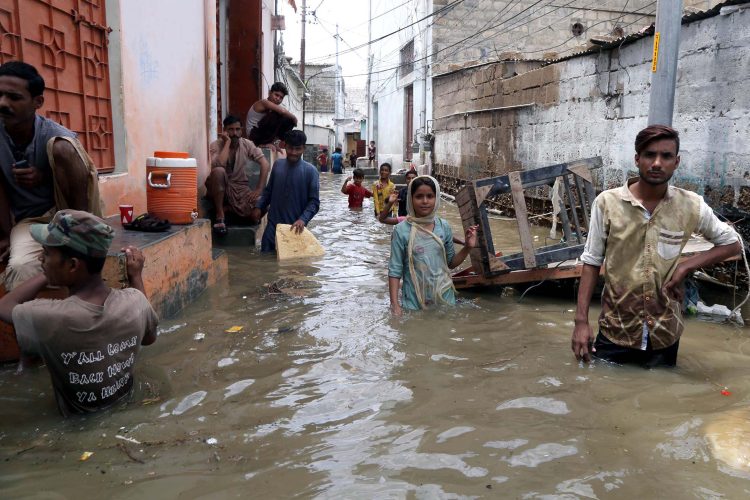 The floods have left many streets in Karachi underwater

The United Nations World Food Programme (WFP) has launched a flash appeal as it continues its efforts to deliver aid to the flood-stricken people of Pakistan.

Flash foods, caused by record monsoon rains, have reportedly killed more than 1,000 people and affected 33 million – more than 15 percent of the country’s population. The damage bill to the country has been estimated at $10 billion already.

Julien Harneis, UN Resident Coordinator and Humanitarian Coordinator in Pakistan, called the floods Pakistan’s “biggest challenge” in decades, and has called for “burden-sharing and solidarity” in the aftermath of a “climate-change driven catastrophe.”

The WFP says it has been asked to help in the emergency response, and is working with authorities to offer food assistance in some of the worst-hit regions of Pakistan.

The @UNinPak, together with the @GovtofPakistan, is launching a Flash Appeal for Floods Response Plan at 2.00 pm, today in Islamabad and at 11.00 (CEST) in Geneva.

Its aim is to reach nearly half a million people in the badly-hit provinces of Balochistan and Sindh, which include the major cities of Quetta and Karachi. However, flooded streets and communication lines is making the WFP’s task extremely difficult, with food distribution currently on hold. According to the WFP, nearly 800,000 farm animals have perished and two millions acres of crops have been affected by floodwater – leaving millions in very real danger of food insecurity.

Harneis has warned that the situation is set to worsen too. There is a real fear that waterborne diseases will begin to spread as sewage pipes release their contents into the streets, and more districts will report damage and malnutrition as communications are re-established.

With this in mind, the UN is lunching a $161 million flash appeal for Pakistan, which will provide “critical food and cash assistance to nearly one million people in districts in Balochistan, Sindh, Punjab and Khyber Pakhtunkhwa provinces.” The UN claims $34 million is needed urgently to scale up the disaster relief efforts.

“The climate variations in Pakistan this year have just been extraordinary. We had no spring, we went from winter to summer. There was no opportunity for effective germination of quite a lot of the crops that were planted.”

He added: “The crops that were growing all of a sudden shrank and we lost a certain amount of the likely yield.

“And now whatever crops have been harvested and have been stored, so much of that has been washed away … the prognosis is very concerning.”