The NGO has painted a very bleak picture in Somalia, where it is struggling to treat everyone that arrives at its Stabilization Centers in the East African country. 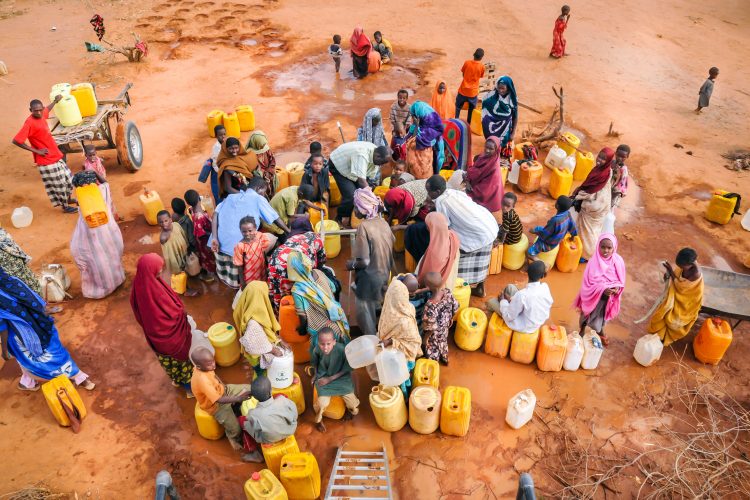 Hunger in Somalia is getting worse, according to Action Against Hunger

Action Against Hunger has reported the highest rates of admission to its hunger treatment centres in Somalia since the NGO began working there in 1992. From January to April 2022, the humanitarian organisation says it has seen a 55 percent increase in the number of severely malnourished children admitted to its 51 nutrition and health centres across the country, compared to the same period last year. In spite of that, the charity says just 15 percent of Somalia’s humanitarian funding needs for 2022 have been met.

Soaring food prices, unprecedented drought, and conflict are driving the alarming rise in hunger in Somalia, where six regions could face famine this year. Across the country, fuel costs have doubled in the last month and the price of food continues to climb, in part due to the impacts of the war in Ukraine.

“Our teams have rapidly scaled up famine prevention and emergency treatment programs, but we need more resources and guaranteed safe access to reach the most vulnerable people. More severely malnourished children are showing up to our Stabilization Centers than ever and, while most cases are treatable, we don’t have enough funds, medicines, or beds to admit everyone in need.”

As more Somali children’s lives are in jeopardy, Action Against Hunger says securing lifesaving treatment for malnutrition could become even more challenging in the months ahead. The war in Ukraine is threatening the global supply of Ready-to-Use Therapeutic Foods (RUTF), the fortified peanut paste that can bring a malnourished child back to full health in as little as six weeks. According to a report from Unicef released this week, global prices for RUTF are expected to increase by 16 percent over the next six months as the costs for transportation and ingredients like peanuts, sugar, and oil continue to rise.

“Conflict is both a cause and consequence of hunger, and we are deeply concerned about the potential impact of increasing hunger on peace and stability in Somalia,” said Khalif.

“Insecurity and political instability make it harder for organizations like Action Against Hunger to safely deliver aid to the most vulnerable communities. As the threat of famine looms in six areas of Somalia, we urgently call for unimpeded humanitarian access to people in need and increased and flexible funding to meet growing needs.”

Somalia is not alone in facing a severe hunger crisis in the region. Across the Horn of Africa, 6.8 million children are suffering from acute malnutrition. Action Against Hunger is urging world leaders to take bold and immediate action to save lives and provide assistance to than 23 million people who face rising food insecurity in Ethiopia, Kenya, and Somalia.

“In addition to emergency relief, we call on governments to invest in strengthening local systems, especially social protection systems, to foster long-term resilience in the face of conflict,” said Michelle Brown, Associate Director of Advocacy for Action Against Hunger.

“We are encouraged by the US Senate’s passage of the Ukraine Supplemental Appropriations Bill, which includes badly-needed funding for humanitarian relief in Ukraine and around the world, where communities are suffering from increased food insecurity.”