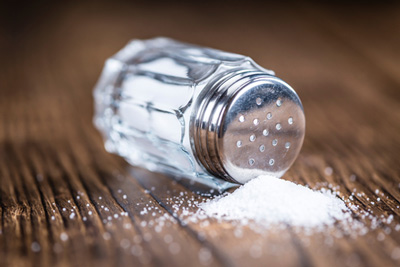 A group of more than 236 nutritionists, dietitians, researchers, pharmacists, nurses and GPs (including big names such as Royal Society for Public Health, Blood Pressure UK, Early Start Nutrition and Heart UK), as well as members of the public, have joined together to call on the UK Government to “prioritise a simple, cost-effective and hugely impactful health policy for the food industry”.

How? By introducing comprehensive and mandatory salt targets which they believe will “help save thousands of preventable deaths”.

In a letter to Prime Minister Boris Johnson, the group urges ministers to ensure that all UK food companies commit to salt reduction and help to prevent health risks associated with a high sodium diet.

Action on Salt – one of the contributors to the letter – state that the food industry has “proven they cannot comply with voluntary measures”. It states that “now is the time for mandatory, comprehensive salt reduction targets to ensure success and create a level playing field”.

Reducing levels of salt in food is the most cost effective measure for lowering blood pressure and preventing stroke and heart disease. Read our letter to @BorisJohnson here: https://t.co/jb0RDohOSN pic.twitter.com/x8lgdK7nVc

Earlier this year, evidence from South Africa, where they have mandatory salt targets, showed that in just five years, most products now comply with the targets and this achieved a large fall in population salt intake, with the biggest falls occurring in the most deprived groups, according to Action on Salt.

“Reducing salt is the most cost-effective measure for lowering blood pressure and reducing the number of people suffering and dying from strokes, heart disease and life changing disabilities,” said Graham MacGregor, Professor of Cardiovascular Medicine at Queen Mary University of London and Chairman of Action on Salt. “Food companies have the very simple option to reformulate with less salt and help prevent the many thousands of people who currently die unnecessarily. However, companies are making very little effort to comply with the current voluntary targets. As a result, the amount of salt the nation eats is not falling. Therefore, the Government must enforce its comprehensive salt reduction targets without delay.”