A new University of Illinois study says that average salt consumption is well above the recommended amounts – but help is at hand to reduce sodium intake and avoid some dangerous non-communicable diseases. 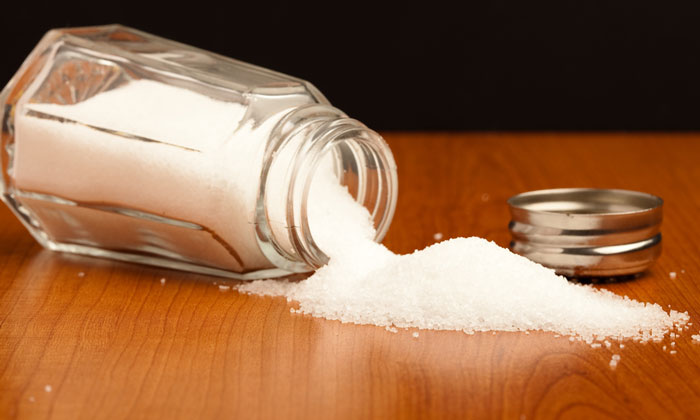 Sodium is a part of most diets in some form or another, but the amount we need is small; just one teaspoon of table salt is all that is recommended as a person’s daily intake. However, a new study by the University of Illinois states that more than 90 percent of Americans consume too much sodium, which can lead to hypertension, high blood pressure, and increased risk of heart disease and stroke. The paper from the university provides a comprehensive review on sodium reduction strategies in food production.

“Sodium overconsumption is a huge health concern, and the FDA has recommended sodium reduction in food since the 1980s, but we haven’t succeeded yet,” said Soo-Yeun Lee, professor in the Department of Food Science and Human Nutrition at the University of Illinois and co-author on the paper.

The recommended maximum amount is 2,300 mg, or 1,500 mg for those at risk for hypertension but average consumption exceeds 3,000 to 3,500 mg per day, according to the paper. More than 70 percent of our sodium intake comes from processed and packaged foods, primarily cured meats, bread, cheese, and soups, the piece adds.

“In this review, we looked at different food systems. The way you would reduce salt in a solid system, like a topical application on snack foods, such as salted peanuts or salted chips, would be very different from embedded application in semi-solid foods like cheese or bread. And in a liquid system like soup, where it is completely dissolved, it would be really different in the way we could reduce salt yet provide the palatability it gives,” Lee said.

“We’re hoping this work will provide insight into the wide variety of salt-reducing technologies that exist. This can help food companies be more informed to use different strategies than what they have been doing.”

Many studies used salt replacers such as potassium chloride, calcium chloride, or other chloride or acid salts, however, these substitutes tend to have a bitter taste, so they are often used in combination with flavour modifications, such as umami substances or bitter blockers, the paper claims.

“Another method is physical modification. For example, you can encapsulate the salt crystals, which changes how the salt is dissolved in the mouth. This can alter the saltiness perception allowing for a reduction in the amount of sodium necessary to create the salty taste. You can also create an uneven distribution of the salt in a product that can further help enhance the perceived saltiness of the food product through taste contrast,” said Aubrey Dunteman, lead author of the paper.

“Finally, there is functional modification. For example, you could move away from a sodium-based preservative in cured meats, perhaps using a celery-powder preservative instead of sodium nitrate,” she added.

The research paper adds that it is “not possible” to completely eliminate sodium, because it has both sensory and functional properties, such as meat preservation and to make bread dough rise.

If consumers want to reduce their salt intake, the best strategy is to cook your own food and limit your consumption of processed and packaged foods, according to the paper. Researchers added that people can also wean themselves off salt with practice, by going on a “salt diet.”

“If you’re cooking at home, you can intentionally reduce salt and you’ll appreciate the reduced saltiness perception as time goes on. People can adjust to the reduced salt level, but it’s a learning and adapting process,” said Lee. “If you are a consumer of canned soup, for example, you can buy a low-sodium version and add salt. Then you can gradually modify the amount of salt you add, so you can make it palatable to your taste.”