The British Nutrition Foundation has announced its intention to mark its tenth Healthy Eating Week by making it the biggest and best subscribed yet. 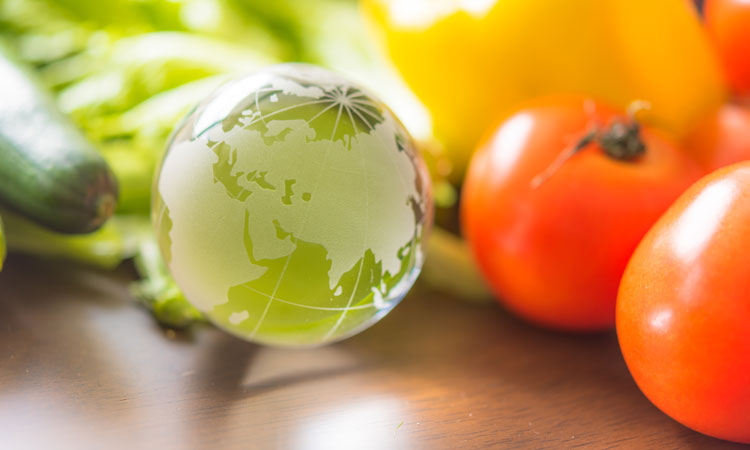 Aimed at educating and encouraging people to adopt healthier lifestyles, the British Nutrition Foundation’s annual event is running on 13-17 June this year, with preparations underway to raise awareness about healthy and sustainable diets.

Sustainability is ubiquitous, not only on the pages of New Food but in all industries the world over. We’re raising a generation that hears this word countless times a day, because it’s key to the continuation and health of the planet and our bodies too.

Highlighting the link between sustainability and diets, Sara Stanner, Science Director at British Nutrition Foundation, noted: “School children today are more aware of the need to protect the environment than those who were in school ten years ago when we held the first Healthy Eating Week. However, they aren’t yet necessarily making the connection between their food and eating habits and the health of the planet. The volume and proliferation of information sources that children are consuming ten years on, many of which are sharing misinformation, is also causing confusion and may negatively impact healthy dietary behaviours.”

Setting themselves the goal of debunking common misunderstandings and empowering teachers, school staff and teachers, the foundation plans to infiltrate classrooms and inform via five daily challenges: Focus on fibre, Get at least five a day, Vary your protein, Stay hydrated and Reduce food waste.

Since the initiative’s launch in 2013, it has received registrations from schools, nurseries, universities, workplaces and health centres across the UK, in an effort to engage children and young people in healthy lifestyles. This year, the foundation is inviting families and individuals to also take part, with resources and activities tailored for each group, as well as recipes to try out.

The importance of early life nutrition

Is healthy food out of reach? No, but we need greater education

Reflecting on the need to generate support for their aims, Stanner explained: “When Healthy Eating Week launched in 2013, 67 percent of men and 57 percent of women in England were classified as overweight or obese. This number is now 68 percent and 60 percent respectively and obesity levels among children are also rising. So, it’s clear more work needs to be done and raising awareness of how to achieve healthy eating and lifestyles needs to remain a top priority.

Healthy Eating Week provides an opportunity to introduce healthy habits and, by getting involved, teachers and school leaders can help us to build a healthier future generation that are also aware of the health of the planet.”

If you’d like to get involved you can register here.