Many people around the world – specifically women and those in low-income homes –are being heavily polluted by cooking emissions in their kitchen, suggests new research. 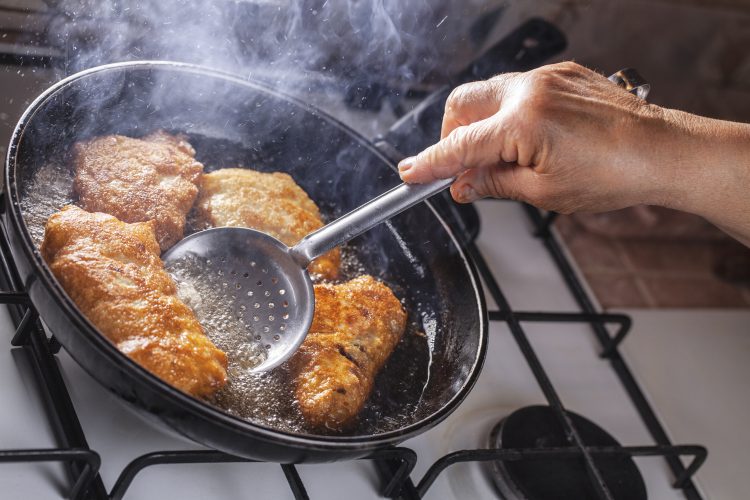 Most kitchens in low-income homes across 12 global cities are heavily polluted by cooking emissions, according to research from the University of Surrey.

The study, published in Environment International, found that poor ventilation and fuel choices were the most significant contributors to poor air quality in people’s kitchens. However, the size of the kitchen and the way food was cooked also had a great impact, with frying food leading to particularly high levels of indoor pollution.

“There’s a notable wealth divide when it comes to indoor air quality and also a gender divide,” said Professor Prashant Kumar, Founding Director of the University of Surrey’s Global Centre for Clean Air Research (GCARE) who led the research. “Women are typically disproportionately impacted by pollution caused by cooking, especially in the developing world. This problem must be addressed to improve health and equality.”

The highest average levels of pollution were found in Dhaka, Bangladesh, where kitchens were typically small and people cooked for prolonged periods, often frying food. The cleanest air was found in Medellín, Colombia, due to more space in kitchens and the use of cleaner cooking fuels.

The way different cuisines are typically cooked also made a difference to air quality in kitchens. The study found that occupants in Dhaka, Nanjing, China, Dar-es-Salaam, Tanzania and Nairobi, Kenya spent more than 40 percent of their cooking time frying; emitting the most polluting particles. However, in Egypt’s capital Cairo, Sulaymaniyah in Iraq and Akure, Nigeria, roughly two-thirds of cooking time was spent boiling or stewing, which causes fewer particles to be emitted.

Cooking on charcoal caused the highest levels of kitchen pollution; more than three times the levels when using liquefied petroleum gas (LPG). However, the levels of pollution caused by cooking on natural gas were just thirty percent lower than that of charcoal, according to the study.

“Improving airflow, using cleaner fuels, filtering efficiency of cooking hoods, and frying less are all ways to reduce the pollution people breathe from cooking,” added Professor Kumar, “Around the world, kitchens are often where people congregate, but these findings suggest that cooks should discourage family and friends from being around when they’re cooking.”

The World Health Organization (WHO), University of Surrey

The World Health Organization (WHO), University of Surrey