What is the most wasted takeaway food in the UK?

A recent UK survey has found that chips are the most wasted takeaway food item, but what can be done to stop the waste? 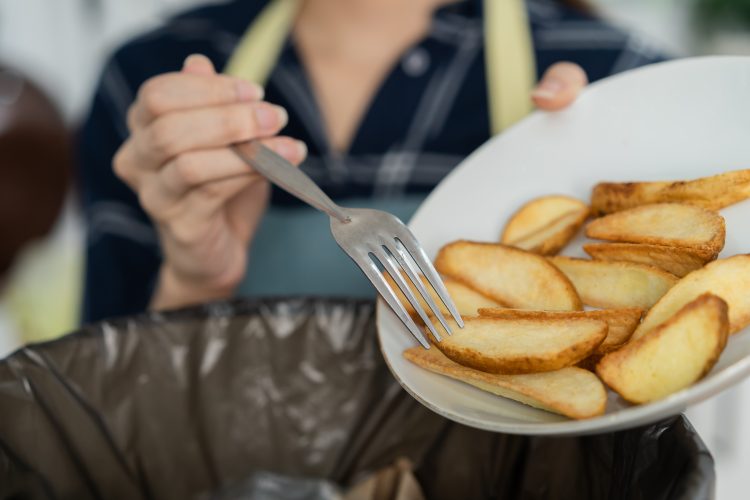 Food delivery company Just Eat and environmental charity Hubbub conducted a study into food waste, and found that 72 percent of participants had leftover chips after eating their takeaway meals, making chips (or fries) the most wasted takeaway food item in the UK.

In 2021, Hubbub and Just Eat teamed up to explore how takeaway customers could be supported to reduce their food waste from takeaways. This resulted in a new initiative called the Food Waste Race, which aims to eliminate food waste.

A survey which took place at the beginning of the Food Waste Race pilot this year found that over half (53 percent) of participants said that they had leftovers from their takeaways due to portion sizes being too big.

The top two reasons given for leftovers going to waste were concerns around food safety if the leftovers were tucked into at a later time, or that the taste wouldn’t be as good.

Another study conducted by Just Eat and the Sustainable Restaurant Association found that £1.8 billion worth of takeaway food is thrown away every year in the UK. Of that, £376 million worth of food waste occurs in takeaway outlets while households account for a whopping £1.4 billion.

The new study found out that, following chips, rice, pizza, meat and curry were the most wasted takeaway food items.

The scale of food waste in the UK has also been reinforced by Environmental charity Waste & Resources Action Programme (WRAP), after it  found the UK’s most wasted food item is the potato, with a huge 4.4 million potatoes being wasted throughout the country every day.

As part of the Food Waste Race scheme, a series of activities and challenges were created to show participants how they could reduce food waste from their takeaways. This included providing tips on food safety and inspiration on how to make the most of their leftovers. By the end of this, 92 percent of participants said they were wasting less takeaway food.

“Food waste is one of the greatest issues of our generation. Roughly a third of all food we produce in the world is wasted, which has a huge environmental and economic impact,” said Robin Clark, senior director of global partnerships, sponsorships and sustainability at Just Eat.

“If food wastage were a country, it would be the third largest emitter of greenhouse gasses in the world. With 60,000 restaurants on the Just Eat platform in the UK, we know that we have a role to play to help reduce food waste”, he added.