New study finds blueberries could be good for your heart

New research has suggested that adding blueberries to your diet could be beneficial for your heart, as the fruit could reduce insulin and glucose levels after a large meal. 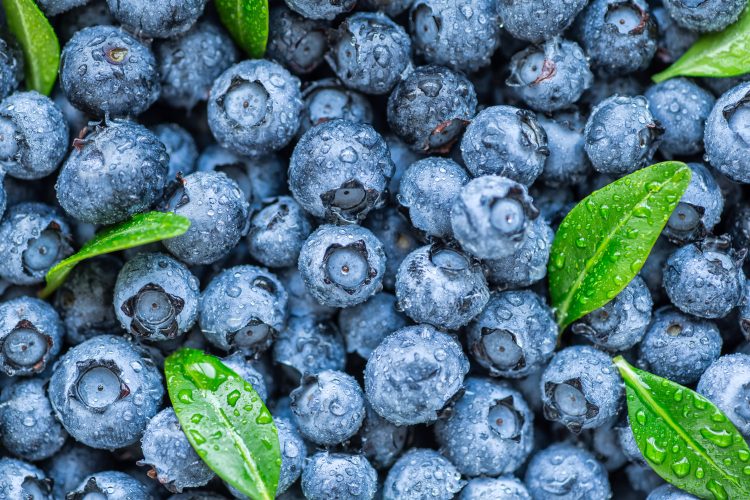 A new research study published in Clinical Nutrition finds that the equivalent of one cup of fresh blueberries, consumed as 26 g of freeze-dried blueberries, may reduce the acute cardiometabolic burden of energy-dense meals. Put simply, blueberries may benefit heart health.

This emerging study finds that adding anthocyanin-rich blueberries (364 mg anthocyanin and 879 mg phenolics) to a high calorie, high-fat/high-sugar meal (969 kcal, 64.5g fat, 84 g carbohydrate) results in reduced insulin and glucose levels, lower total cholesterol, and improved good cholesterol (HDL-C) and its related lipoproteins (fractions of HDL-P and Apo-A1) in the 24 hours following the meal. These findings are noteworthy because elevated post-meal glucose and impaired glucose tolerance are associated with increased heart disease risk, which is already elevated in people with metabolic syndrome, and given the high rate of consumption of energy-dense, high-fat/high-sugar meals.

“This is the first study of its kind conducted in an at-risk population, adults with metabolic syndrome, a condition affecting nearly 40 percent of Americans and one in four adults in the UK,” said Aedin Cassidy, PhD, Chair of Nutrition & Preventive Medicine and Director of Interdisciplinary Research Institute for Global Food Security, Queen’s University, Belfast, Ireland and the study’s lead investigator.

The study, which was supported by funding from the US Highbush Blueberry Council, is a secondary analysis of the primary study, which looked at the longer-term effects of blueberry consumption and found that participants with metabolic syndrome who consumed the equivalent of one cup of fresh blueberries per day showed clinically relevant improvements in measures of heart health over 6 months.

This acute sub-study, “Blueberry anthocyanin intake attenuates the postprandial cardiometabolic effect of an energy-dense food challenge: results from a double blind, randomized controlled trial in metabolic syndrome participants,” was conducted at the NHS Clinical trials facility, University of East Anglia, UK, in a subset of the participants of the 6-month intervention, and was completed between January 2014 and November 2016.

45 participants (29 men and 16 women, mean age 63.4+7.4 years) with metabolic syndrome were randomly assigned to an energy-dense blueberry or placebo intervention, which consisted of a milkshake-like meal replacement drink consumed after an overnight fast. The blueberry intervention consisted of 26 g of blueberry powder added to a 500-gram milkshake-like emulsion (969 kcal, 64.5g fat, 84 g carbohydrate), a meal that has a similar nutrient profile to a large burger, fries and cola meal. The placebo group received the same 500-gram milkshake-like meal replacement drink with the addition of a placebo powder with a similar nutrient composition as the blueberry powder (104 kcal, 0.6 g fat, 23 g carbohydrate, 1.1 g protein).

Blood samples were collected prior to, and then 30, 60, 90, 120, 180, and 360 minutes after the energy-dense meal challenge, and again after 24 hours. An assessment of glucose, insulin, lipid and lipoprotein levels were performed over this time frame. No additional food was consumed until the 6-hour cardiometabolic measurements and blood samples were obtained. Additionally, for 21 days prior to the study, the intake of blueberries, and other anthocyanin-rich foods was restricted, in an effort to standardise food intake.

“While further studies are warranted, our results suggest that adding just a single cup serving of anthocyanin-rich foods like blueberries to high-fat/high-sugar and energy dense meals should be advocated to reduce the acute postprandial increases in risk markers like glucose, insulin and cholesterol,” said Cassidy.