Alcohol sales in the US increased during the early stages of the COVID-19 pandemic, with researchers concerned that the increases may be linked to an increase in domestic violence incidents. 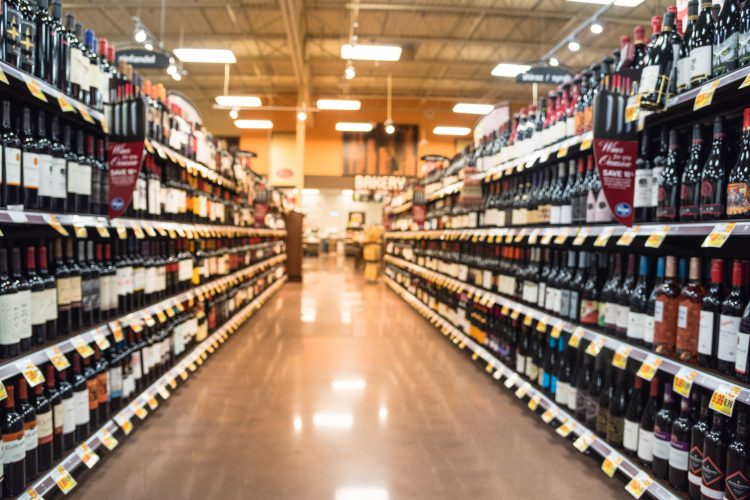 During the COVID-19 pandemic months of March 2020 to September 2020, US alcohol retail store sales increased compared to usual trends while food services and drinking places sales decreased markedly during the same period, according to a new study at Columbia University Mailman School of Public Health. The results indicate an increase of home drinking in the US during the first stages of the pandemic.

The researchers used alcohol retail store sales data of beer, wine, and liquor store (BWLS) purchases from January 1992 to September 2020 from the Monthly Retail Trade Survey, which provides sales estimates at retail and food services. Alcohol sales changes in the US throughout the COVID-19 pandemic were used as an indicator of at-home drinking.  Calculating variations in monthly sales enabled the authors to show annual differences in monthly BWLS sales between consecutive years from 1992 to 2020.

“Our results appear to substantiate an increase in home drinking during the period, which could potentially lead to higher alcohol consumption and alcohol-related adverse health outcomes,” said João Mauricio Castaldelli-Maia, NIDA-INVEST Postdoctoral Fellow in the Department of Epidemiology at Columbia Mailman School, and first author.

There was a significant increase in retail alcohol sales during the beginning of the pandemic, reaching a plateau in the third quarter of 2020. From March 2020 to September 2020, there were 41.9 billion dollars in liquor store sales, representing an increase of 20 percent and 18 percent compared to the same period in 2019 and the previous seven-month period (ie August 2019 to February 2020), respectively. Likewise, food and drinking place retail sales decreased by 27 percent during the key months of the pandemic, March to September 2020.

Food and drinking place retail (FSDP) sales decreased by more than 50 percent from February 2020 to April 2020. After this, sales for these establishments increased but have not reached the pre-COVID-19 levels. In September 2020, FSDP sales were approximately 15 percent below pre-COVID-19 levels while beer, wine, and liquor store sales increased by 17 percent and remained around this level during the COVID-19 pandemic.

Excessive home drinking could be a dysfunctional way of coping with stress related to the need to quarantine and worries about an uncertain future, according to the researchers. Another critical issue is that drinking at home has been associated with domestic violence.

“During the pandemic, increases in alcohol use at home could potentially exacerbate the effects of social isolation on domestic violence,” suggested Castaldelli-Maia. “For example, US police department data illustrates that there was a 10-27 percent increase in calls concerning domestic violence during COVID-19 stay-at-home orders across diverse locations in the country – from Alabama and Texas to Oregon and New York, although it is unclear whether home drinking played a role in such outcomes.”

“While there is still much left to understand about alcohol use behaviours during the COVID-19 pandemic, we believe it’s important to make more aggressive efforts to warn the population about the risks associated with increased home alcohol consumption during a pandemic,” said Silvia Martins, MD, PhD, Associate Professor of Epidemiology at Columbia Mailman School, and senior author.

“It is also important to investigate alcohol use behaviours among individuals at high risk of infection by SARS-CoV-2 such as frontline workers and among those living alone for longer isolation periods.”