What does the food you choose at a buffet say about your diet?

The research suggests that those who chose certain types of food at an all-you-can-eat buffet were more likely to gain weight a year later. 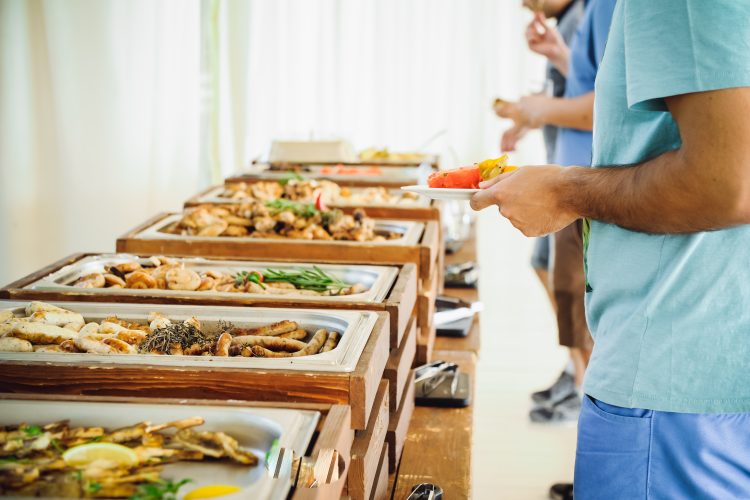 A new study from the University of Kansas has examined people’s choices when confronted with an all-you-can-eat buffet, and has suggested that the food we choose may predict our chances of having higher weight gain or obesity.

The researchers focused on “hyperpalatable” foods— dividing this category into carbohydrate and sodium (CSOD) foods and fat and sodium (FSOD) foods, comparing them with high-energy dense and ultra-processed foods.

“Hyperpalatable foods have combinations of ingredients that can enhance a food’s palatability and make a food’s rewarding properties artificially strong,” said lead author Tera Fazzino, assistant professor of psychology at KU and assistant director of the Cofrin Logan Center for Addiction Research and Treatment at the KU Life Span Institute.

The body composition of young adults – without obesity – was measured before the all-you-can-eat buffet meal, and followed up a year later. Associations between proportions of buffet items chosen by participants were tracked, and the participants’ weight and percent body fat change a year later.

Fazzino and her colleagues found those who consumed a greater proportion of hyperpalatable CSOD foods – such as popcorn – in the buffet had significantly greater weight and percent body fat change a year later.

But, a year later, no significant body changes for those in the buffet study who ate high proportions of FSOD hyperpalatable, high-energy dense and ultra-processed foods were found.

It was concluded that consuming more hyperpalatable CSOD food at a buffet may indicate “hedonic eating”,  the focus on the rewarding characteristics of consumption, rather than a response to hunger, which has the potential to boost risk for weight and body-fat gain in the early years of adulthood.

Fazzino explained that those who ate more CSOD foods when available were more likely to gain weight and body fat, however some people don’t have a choice in the consumption.

Fazzino’s paper builds on research she co-wrote, to discover the earliest possible exposure point and the rate of exposure to hyperpalatable foods, among  infants.

90 percent of 147 babies in the study had consumed hyperpalatable foods, largely because they were being fed adult foods – among this, 12 percent of food labelled “baby food” was hyperpalatable.

“Ultimately, the worry is that maybe this is an early predisposing factor for obesity risk,” stressed Fazzino.

the Cofrin Logan Center for Addiction Research and Treatment, the University of Kansas

the Cofrin Logan Center for Addiction Research and Treatment, the University of Kansas

Ultra-processed food consumption on the rise in the US