The research team behind the report believe that with the right advice and resources, yields can be boosted for entire communities – though these changes can only be implemented if women have the power to make decisions. 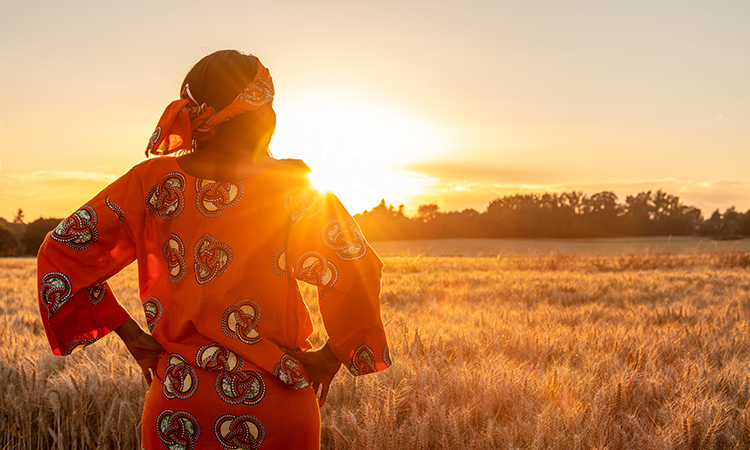 A study examining bean productivity among smallholder farmers in Tanzania, has found that on average, yields are six percent lower among female farmers than their male counterparts. Women are often ‘invisible’ in agriculture, researchers say, due to social structural barriers and national agricultural policies, which do not address discriminatory land rights; education and agricultural information and decision making, which must be tackled to reverse this trend.

The paper ‘What Does Gender Yield Gap Tell Us about Smallholder Farming in Developing Countries?’ published in the open access scientific journal Multidisciplinary Digital Publishing (MDPI), analysed data from Southern Tanzania gathered since 2016 and also drew on research from case studies conducted in Burundi, Rwanda, Uganda, and Zimbabwe among other countries in the region.

“We think this six percent drop in productivity is significant, because it shows that with access to the right information and resources, and if we are intentional about making gender part of new interventions, women will be able to increase their yields significantly,” said Eileen Nchanji, Gender Specialist at the Alliance of Bioversity International and International Center for Tropical Agriculture (The Alliance).

“Our case studies from Burundi and Zimbabwe have shown that, when women have access to improved seeds and information, they can double their yields,” she added.

Researchers highlight that issues of more concern to women are often ignored at policy level. They include providing more nutritious food crops such as beans for the family instead of relying on staples like maize which may fetch more income but offer less nutritional value, selection of varieties with attributes such as faster cook-times or easier processing attributes, as well as overall household food security.

Among the challenges women face in boosting crop yields are land rights and ownership, according to the research team.  Even if women have gained access to better seeds and knowledge on how to plant them to increase yields, they may not have the power to implement changes if the land is not theirs. Similarly, while women contribute around 65 percent more on-farm labour than men, they do not always have the same access to information or technology, resulting in lower yields.

Agness Nduguru, a researcher at the Agricultural Research Institute Uyole, Mbeya, Tanzania, said that a key solution at community level is to ensure the co-distribution of end resources to both women and men. “Even if we conduct training about gender constraints and differences, and communities are aware about production and yield gaps, at policy-level, if we want to eliminate poverty, women have to be able to make their own decisions.”

“We researched who manages the land or makes decisions about the plot, what age and sex they are, and what information and knowledge they have access to,” said The Alliance’s Agricultural Economist, Enid Katungi.

“We found structural differences. Women tend to cultivate more degraded land, highlighting power differences within households when it comes to resources. So it’s clear we need interventions to address those differences at both developmental and policy level, involving all decision makers in the community at all levels.”

The study also revealed that women who engaged their families in decisions on varieties to plant often had better yields, and that access to improved varieties boosted productivity by 35 percent compared to growing indigenous or local varieties, implying that access to better information and resources for both men and women is key. Yet a woman’s age, family size, years of schooling and how they spend income from beans or other crops all restrict a woman’s ability to produce more food and nutritious family meals in general.

Key recommendations in the paper to tackle gender inequality for improved agricultural yields include gender-specific support to close the yield gap, ensuring equal income distribution and reduced poverty among female farmers. These include deliberate women empowerment strategies through training and free improved seed provision, participatory plant breeding that considers variety attributes that appeal to women, as well as a shift in national policy on gender issues in agriculture and general public support to finance women’s agriculture.